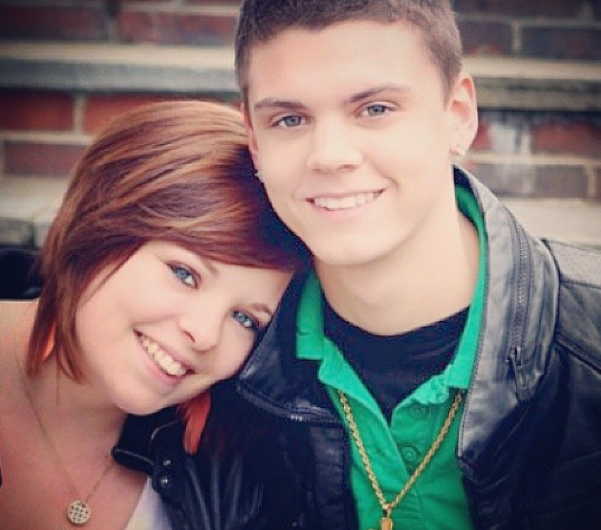 It looks like Catelynn Lowell’s little girl was just waiting for 2015, and with the 2014 we had, who can really blame her? Tyler and Catelynn welcomed their new baby girl on New Year’s Day. According to MTV, Catelynn and Tyler decided to name their baby Nova Reign.

And if you remember watching the duo on Teen Mom, you will remember that they actually put their first daughter, Carly, up for adoption back in 2009. It was an extremely difficult decision at the time, but they knew it was for the best. They just weren’t ready to take care of child, mainly because of their odd living situation. Tyler’s drug-addicted father was married to Catelynn’s drug/love-addicted mother.

If you are keeping score at home, that would make Tyler and Catelynn step-siblings. However, they have pointed out several times that they were actually dating before their parents, which only makes the situation 5% less weird. And that’s only a temporary decline, because every time Tyler’s dad showed up, the weirdness level would jump up because of his amazing haircut. As mesmerizing as that haircut is, we understand that you didn’t click on this post for photos of Butch. You want to see Tyler and Catelynn’s little girl, right? Check out the photo down below….

Momma Bear holding our little angel! Can’t tell you the feeling of witnessing this. Look at my beautiful bride to be! That woman is beyond strong, caring, and selfless. Couldn’t have asked for a better little family #Blessed #NewYearBaby #MyGirls #AreMyWorld

How adorable. And for those of you sending them hate on Twitter. Telling them they still aren’t mature enough to take care of a baby. Catelynn has another special message for you.

I am an adult and I can tell when I’m ready. idc what ANYONE says I’m gonna do me! We ARE READY for a baby. #HatersGonnaHate.

Totally. If ending a Twitter argument with the hashtag “HatersGonnaHate” isn’t a clear sign of maturity, then I don’t know what is. #YourMom