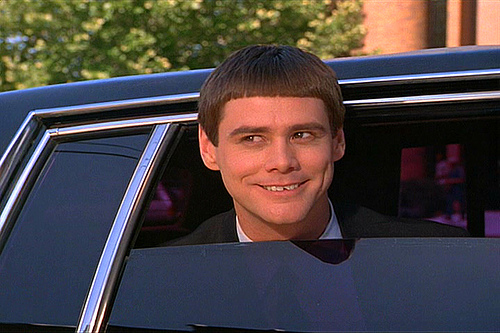 10 Famous People Who Were Once Homeless When you see your favorite celebrities on television, it’s difficult to imagine what their life was like before the fame. We just assume life has always been easy for them. I mean, they all had wealthy parents, right? That’s how they became so successful, because their parents helped them.

Not true. There are some famous people out there who had it worse than you. Don’t believe me? Check out the list down below. There are some pretty big names on it. You might be surprised. Long before he was able to produce such a glorious mustache, Dr. Phil and his father were homeless. While talking to a struggling family on his show, Dr. Phil shared his story to give them hope. At the young age of 15, he and his father split from the rest of his family because they couldn’t afford to live together. They were forced to spend several nights in their car before renting out a room at the YMCA for $5 a week.

“I’ve been there, and it does get better. You do get through it. You guys have got to not give up hope in this situation.” He told the family. Early in her career, Shania Twain avoided conversations about her past, but that all changed in 2011 when she released her memoir From This Moment On. In it, she writes about growing up in an abusive household. At one point, she and her mother had to live in a homeless shelter in Toronto. Thankfully, things got a little better when her parents reconciled; however, she writes that the experience had a profound impact on her life.

We are certainly glad things turned around for her. Where would we be right now without this wonderful song? You are lying if you say you have never danced around the house naked to that song. When you consider all the terrible things Tyler Perry had to put up with during his childhood; being homeless for a short period of time really isn’t that bad. At least when he became homeless back in the early ’90s, he was chasing his dream in Atlanta. He wanted to stage his own play; however, things didn’t go as planned. After failing, failing and failing again, he was homeless and out of money.

But Tyler never gave up. He continued to fight and all the hard work finally paid off in 1998 when his show I know I’ve Been Changed became a hit. Hilary Swank grew up with a mother who believed in her. “My mom said to me that I could do anything I wanted in life. As long as I worked hard enough.” Swank told CBS. And she never questioned it. Just like her mother believed in her, she believed in her mother. So, at just 15-years-old, she and her mother left everything behind to chase her dreams in Hollywood. All they had was $75 and a Mobil card. They had to live in their car for a few weeks, but it wasn’t long before Swank started finding success in the business. After trying to kill himself when he was 18-years-old, Drew Carey decided he needed to visit his brother in California. He rode a Greyhound bus all the way to Las Vegas from Ohio. On the way to California, he was homeless and alone in Las Vegas. He sold plasma for $40 and tried to find enough change to buy a box of macaroni and cheese.

“All I had was water, no butter. That is some bad macaroni and cheese.” He recalled. The good news is that he can definitely afford some butter now. The bad news is that he ate way too much of it and had to go on a diet. You may know him as James Bond, but some people in London simply knew him as the dude who took up all the space on the park bench. According to several reports, Craig was found sleeping on a park bench early in his career. Fast forward to 2015, and the 46-year-old actor is worth over $60 million. Jim Carrey being homeless at one point in his life doesn’t surprise me, and I don’t mean that in a negative way. Many people see him as the goofball character, but he’s so much more than that. Anyone who has seen Eternal Sunshine of the Spotless Mind, Man on the Moon or The Truman Show knows that. You can tell he’s had to deal with some difficult times in his life. His father lost his job when Jim was just 12-years-old.

He and his family were forced to live in a VW bus. They would travel around Canada and park in random places to get some sleep. They then moved into a tent on his sister’s lawn. We are assuming there just wasn’t enough space inside her house, at least we hope that was the case. David Letterman…homeless? No way! It seems like he has always had a home with CBS. However, Letterman revealed that he was homeless when he first moved out to Los Angeles. He was a struggling comedy writer living out of his beloved red Chevy. I was about to say, “It’s hard to imagine someone as beautiful as Halle Berry being homeless,” but then I realized how absurd that sounded. As if being beautiful makes you more important. I honestly hate myself for even thinking that, even if it was just for a second. Anyway, Halle Berry struggled mightily when she first left her home to become an actress. And she did not receive any financial help from her mother. She wanted her daughter to make it on her own.

“It taught me how to take care of myself and that I could live through any situation, even if it meant going to a shelter for a small stint, or living within my means, which were meager.” Berry said during an interview.