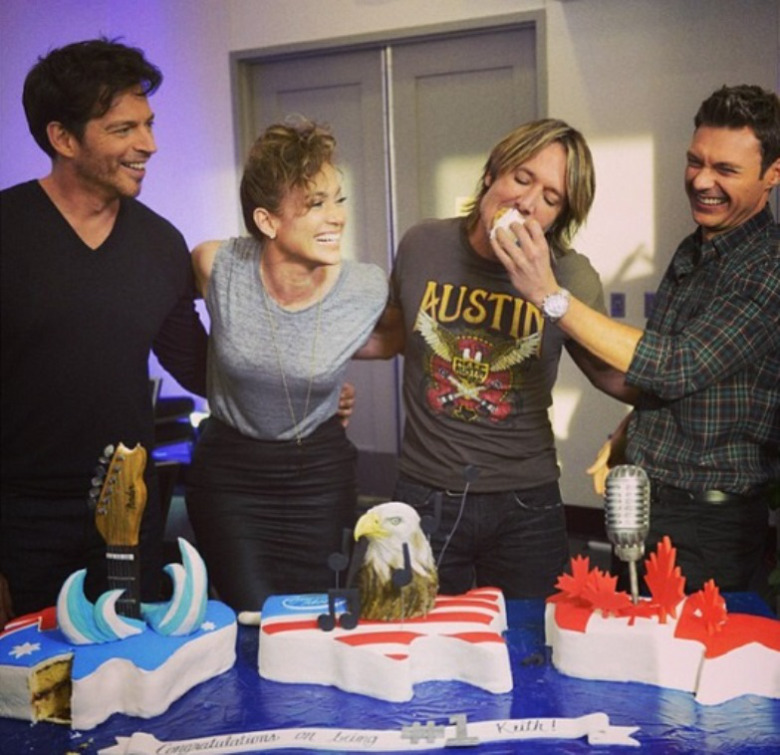 ‘American Idol’ Ratings: Find Out Why FOX Is Celebrating

Ratings for the two-night, three-hour American Idol premiere were either terrible or great, depending on which site you received the numbers from. Those people who irrationally hate the show will start off by saying Idol had its weakest premiere ever. The weakest launch since the very first season back in 2002.

And those people are technically correct. The season 14 premiere of the show drew 11.2 million viewers and hit a 3.2 rating in adults 18-49. That’s down from last season’s premiere, which brought in just over 15 million viewers. Obviously, those American Idol haters are running with this news, proclaiming that this certainly signals the end for Idol.

However, that’s just wishful thinking on their part. The truth is, FOX is is really happy right now. Yeah, American Idol’s numbers are down from previous years, but it’s still one of the network’s most popular shows. Some of you may not realize this, but FOX has been in a huge slump lately in the ratings. Not only did Idol bring in great numbers for the network, but it also proved to be a great lead-in for FOX’s new drama Empire.

The series premiere of Empire scored a 3.8 rating in adults 18-49. Those are huge numbers! It is now tied with ABC’S How To Get Away With Murder as this season’s top new show in the important demo.

And Idol continued the fun on Thursday. The two-hour show on Thursday dropped from a 3.2 rating in adults 18-49 to a 3.1 rating; however, the total number of viewers was actually up slightly, bringing in 100,000 more viewers from the previous night. This slight increase marks the first Night 1-to-Night-2 gain in American Idol history.

We will see how the rest of the season goes, but for right now, we have to imagine FOX is pretty freaking happy.