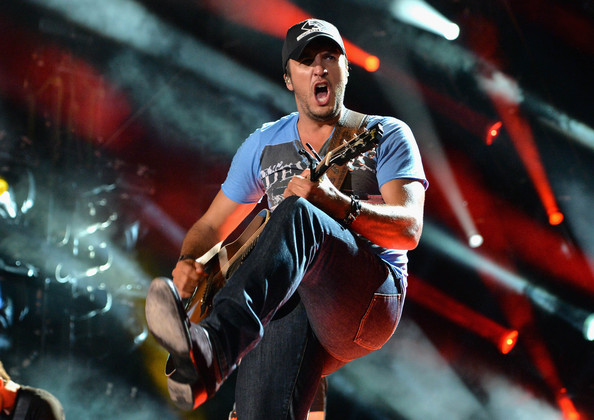 Mainstream country music continues to go downhill. If that last sentence was used in a country song, it would probably look something like this…

“Mainstream boots country boots music continues to follow the farmer’s daughter down the hill, which leads to the creek filled with catfish and moonlight.”

As a huge fan of old country music, it’s honestly painful to turn on a country music radio station today. Every song sounds exactly the same. Don’t believe me? Just click here and listen to this mashup video. No one cares about telling a good story anymore. Country music doesn’t make you feel anything anymore.

But instead, we are seeing “bro-country” take over. A group of mediocre singers, armed with generic lyrics and baseball caps.

It took a team of four to write this incredible song. It was released back in late 2010 and climbed to number one on the country charts. I can only assume it was due to its powerful lyrics.

Luke Bryan, Puke Bryan, Fluke Bryan, Spook Bryan, Nuke Luke Bryan. Whatever you want to call him, he is the man responsible for making this song a hit. It was released back in 2011 and is now the third best-selling song by a male country solo artist. It has sold over 3 million copies in the US.

According to one of the co-writers, this song is about “a country girl getting up there getting a little wild.” Geez, thanks for the explanation. The lyrics are just so intense and vague. I lost several hours of sleep trying to figure out the true meaning behind this song.

In an interview with American Songwriter, Kip Moore talked about his debut album (Up All Night) and his first single from the album, Somethin’ ‘Bout A Truck. He said he, “tried to really capture that you don’t have to let your soul die or spirit die. You can still keep that youthful way and still live that way.”

You hear that, folks? He’s talking to you. There is still hope for your soul.  Sadly, it’s too late for Moore. He obviously sold his soul a long time ago.

Believe it or not, this song won the 2013 Grammy Award for Best Country Duo/Group Performance. In addition to the Grammy, the song was also the first No. 1 single for Little Big Town. It was obviously a success for the group, so why did it make this list? Because it’s a f–king terrible song!

The only thing that crossed my mind while watching this video was, “Wouldn’t it be nice if that body of water was filled with brain-eating amoeba?” And that’s just terrible. I hate Little Big Town for making me have such terrible thoughts.

No. 6 – Florida Georgia Line – This Is How We Roll

Honestly, I think this song should be higher (lower?) on the list. The original version of this song features Florida Georgia Line and Luke Bryan, which is about as “bro-country” as it gets. However, they also released a remix of the song featuring Jason Derulo.

There hasn’t been this amount of suck packed into one song since Nelly and Tim McGraw teamed up for Over and Over.

Speaking of Tim McGraw…here he is again! Truck Yeah was released back in 2012, and because it had the word ‘truck’ in the title, it was a huge hit, climbing to number 11 on the country charts.

“Take the very breath you gave me
Take the heart from my chest
I’ll gladly take her place if you’ll let me
Make this my last request
Take me out of this world
God, please don’t take the girl”

“Got Lil’ Wayne pumpin’ on my iPod
Thumpin’ on the subs in the back of my crew cab
Redneck rockin’ like a rockstar
Sling a lil’ mud off the back, we can do that
Friday night football, Saturday Last Call, Sunday Hallelujah
If you like it up loud and you’re hillbilly proud
Then you know what I’m talking about”

Swindell released this song independently in 2013 as a digital download. A few months later, he signed a deal with Warner Bros. Records, and they helped him release the song to country radio. Like most of the songs on this list, Chillin’ It, reached number one on the country charts.  It also sold more than one million copies in the US.

I blame you all for this. This song is what made every country artist jump on the “bro-country” bandwagon. They saw the success this song had and decided to join the money train. As of January 2015, Cruise is the best-selling digital country single of all time, with over 7 million downloads!

Congratulations. You have created a monster.

In this song, Luke Bryan describes his perfect date night, which includes the fun activities listed down below:

Sounds like a lovely night! Now I see why he’s so popular with the ladies.

No. 1 – Brantley Gilbert – Bottoms Up

This song unaccompanied wouldn’t be enough to make the number one spot on this list; however, that changes when you include the self-obsessed music video.

Why were those three beautiful ladies rubbing their hands all over this dude? I don’t get it. I’ll admit, I haven’t attended that many parties, but I’ve never seen anything like this. He wasn’t even paying attention to them, and there seemed to be no organization in their rubdown. It just didn’t look like a good time for those involved.

Brantley Gilbert seems like one of those dudes who has to see himself in the mirror in order to achieve an orgasm.