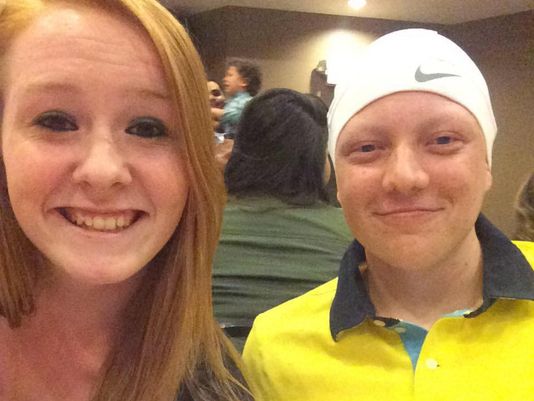 17-year-old Gage Garmo was diagnosed with bone cancer back in 2012 as a freshman in high school. And for three years, doctors tried their best to save his life. The high school student received a series of surgeries and treatments, but sadly it just wasn’t enough. Last week, doctors informed him that he had less than a week to live.

Knowing that Gage was a huge fan of Eminem, his friends and family started the hashtag #GetGageGarmoToMeetEminem. The movement went viral and got the rapper’s attention. With the help of Rainbow Connection, Eminem was able to arrange a special meeting with his huge fan in Michigan on Sunday.

Rainbow Connection’s Ingrid Todt told The Detroit Free Press that Gage had a huge smile on his face as he talked with Eminem about football and hip-hop. “His family hadn’t seen their son do that in such a long time.” Todt told the reporter. “It was one of the most amazing things I’ve ever seen. The stars aligned, and Gage’s wish came true.”

Apparently, Eminem’s only request during the visit was that he didn’t want the media involved. He wanted the hangout session to be a private and special event. According to reports, Eminem and Gage talked for a little over an hour.

It was a truly wonderful moment for everyone involved, and it came just at the right time. Early Tuesday morning, Rainbow Connection Executive Director Mary Grace McCarter revealed that the 17-year-old died Monday inside his home in Michigan.

Our thoughts go out to Gage’s family and friends during this difficult time.