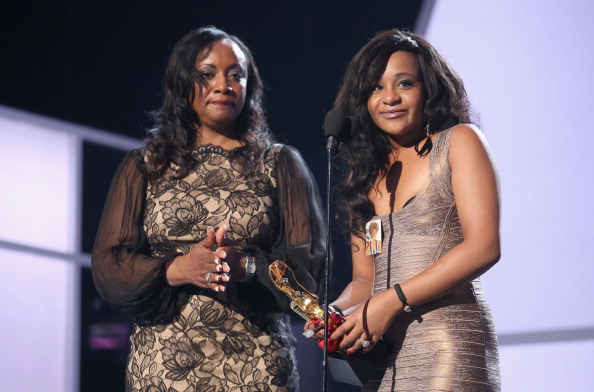 Bobbi Kristina Moved To New Hospital, Bobby Brown Claims She Is Not Married To Nick Gordon Another day, another Bobbi Kristina update. First of all, we wanted to address a few comments we received on Facebook regarding our last update. Some people didn’t understand why cops went back a second time to search the house. Well, as we mentioned in that last post, their first search was basically more like a “look”.

They were only looking for things that were out in the open during the first search. When they came back a second time for a more extensive search, that’s when they found the drugs. Now this doesn’t necessarily mean they were Bobbi Kristina’s drugs. We know there were a few shady characters in the house that day, so we’ll just have to wait and see what happens.

Anyway, let’s move on. We are now learning that Bobbi Kristina was moved to Emory University Hospital in Atlanta. This hospital offers the best treatment for neurological problems in the area. We are told both the Houston and Brown family wanted this move to happen; however TMZ is reporting that the two families are fighting with each other over who gets access to the area of the hospital where Bobbi Kristina is being treated.

Another interesting note? An attorney for Bobby Brown claims Bobbi Kristina never married Nick Gordon. The Houston family backed up Bobby Brown, adding that there are no legal documents that would allow Gordon to receive any of the Houston fortune.

As for how Bobbi Kristina is doing today? We are not sure, but we do know the family is still hopeful, even though some doctors believe it will take a miracle for her to fully recover.