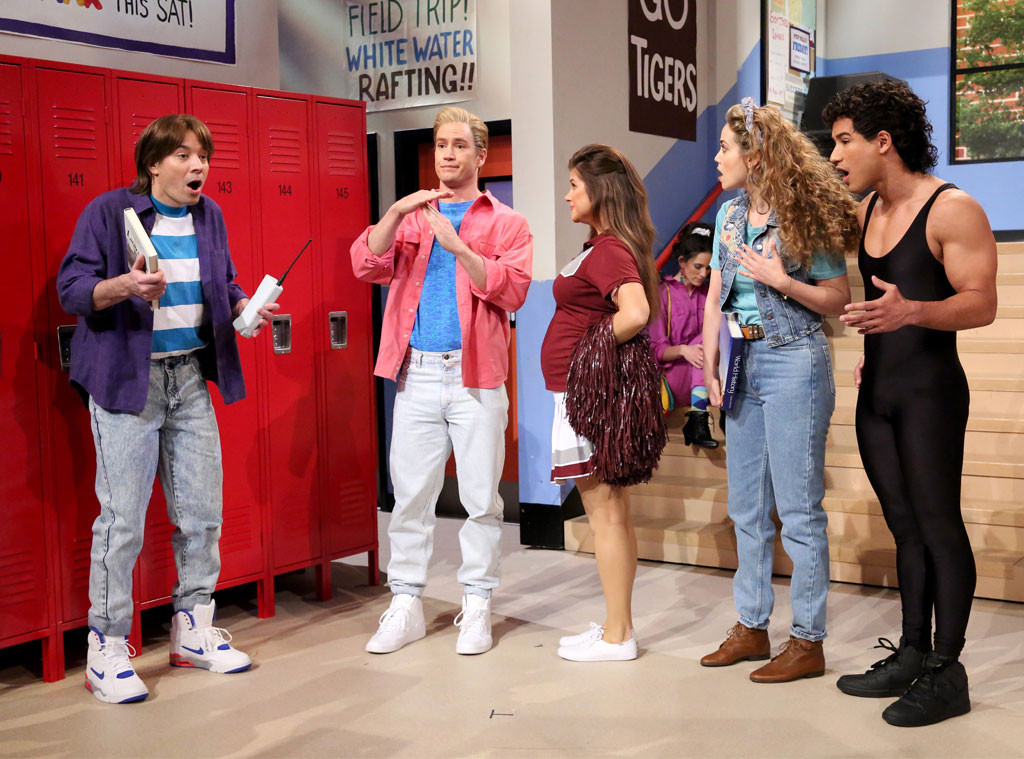 Saved By The Bell Cast Reunites On The Tonight Show, Watch The Amazing Video Inside! 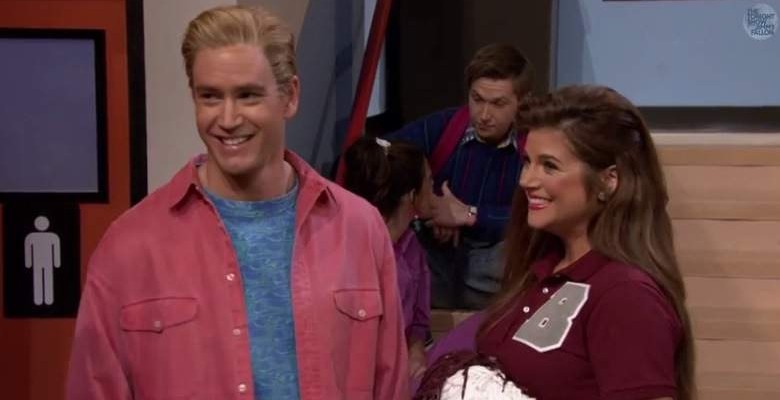 Jimmy Fallon has been doing big things since the Super Bowl. He’s trying to get them YouTube views, you know? The hilarious lip sync battle between Kevin Hart and Will Ferrell has already hit 20 million views, and it won’t be long before this Saved by the Bell reunion reaches the same amount of views.

While filming his special week of shows in Los Angeles, Jimmy Fallon decided to bring us all back to the early ’90s. Not every original cast member was able to drop in for this slice of nostalgia, but the most important stars were able to make it.

A.C. Slater (Mario Lopez), Kelly Kapowski (Tiffani Thiessen), Zack Morris (Mark-Paul Gosselaar), Jessie Spano (Elizabeth Berkley), and there is one other surprise later in the video. We won’t ruin it for you.

One of the most amazing things about this sketch is that they all look the same! It’s insane. Mario Lopez refuses to age, Berkley still looks great, and I will refrain from saying anything naughty about Tiffani Thiessen because she is married and pregnant with her second child.

But I will let the GIF below speak for me…

Anyway, let’s move on before I really embarrass myself. Check out the video down below and get ready to laugh, and think, “Damn. How come I look so much older now? What water have they been drinking?”