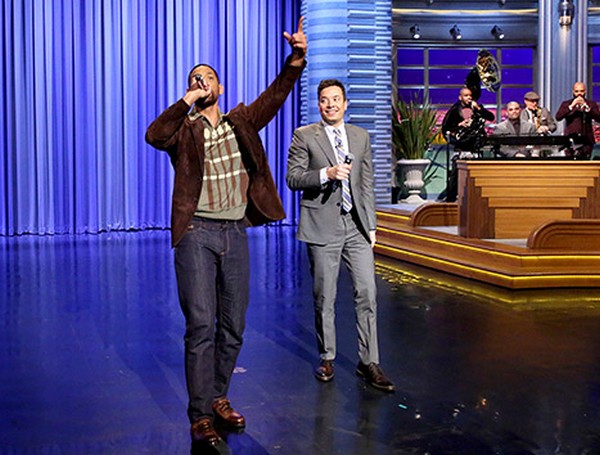 The Perfect End To Your Week: Will Smith And Jimmy Fallon Rock The House With ‘It Takes Two’ Jimmy Fallon should visit Los Angeles more. His show has been on fire this week! We have always said it. He’s not the best interviewer on the planet, but that doesn’t really matter. His show is changing the late-night format.

Will Smith dropped by the show last night, and he reminded everyone inside the building that he can still get the house jumping. The 46-year-old actor teamed up with Fallon to create a fresh beat box version of, It Takes Two.  Their beat box session starts off cool and collective, but by the end of the video you will be jumping out of your office chair and getting yourself fired.

I don’t know about you, but I now feel like I can do anything.