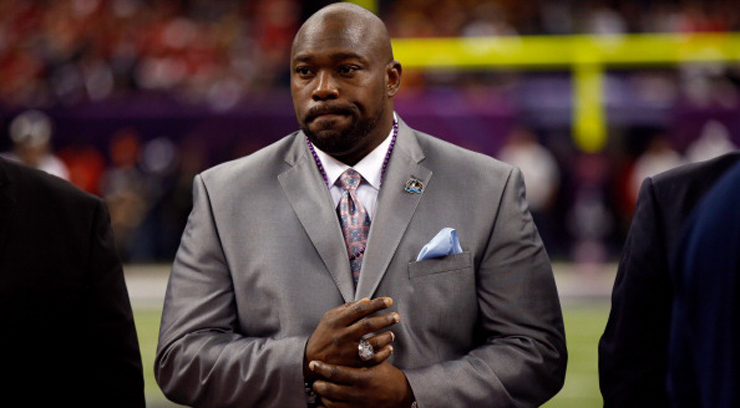 Warren Sapp Is Gone And Almost Every NFL Network Employee Is Thrilled About It! You know that one person in the office? You may be looking at them right at this very moment. You can’t stand them. If they got fired (or even died) today, you would probably throw a party to celebrate the glorious event.

Well, it looks like Warren Sapp was that person for his NFL Network colleagues. Apparently, no one liked working with the dude, and they are celebrating the fact that he was stupid enough to get caught messing around with some prostitutes.

At least a dozen of Sapp’s former co-workers talked with TMZ, and they anonymously bashed the hell out of this guy. According to the sources, everyone knew about the “Sapp Disclaimer” around the NFL Network offices. Basically, he was the Dwight Schrute of the NFL Network.

There were a list of things you weren’t allowed to do around the former NFL player, including:

And all these sources weren’t just big shots from the network. You know, former NFL players who probably have some of the same bizarre rules.

We are told even the “low-level” people are thrilled Sapp is gone, and yes I am intentionally calling him Sapp now.

Of course, there were a few people who claimed working with Sapp wasn’t so bad. One person said, “Overall he was always cool.” Adding that he was “just unpredictable” which got him trouble sometimes.

At the end of the day, it’s pretty obvious Sapp is a terrible person to work with. People even hated this dude when he was on Dancing with the Stars. Everyone called him the “diva” on set.