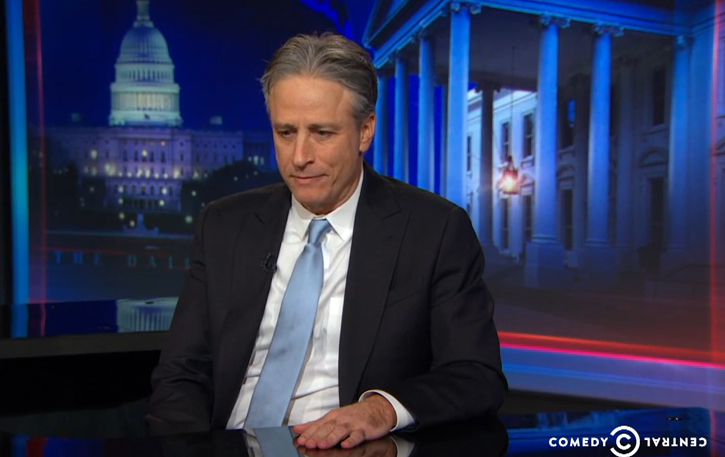 We all learned yesterday that Jon Stewart would be stepping down as host of The Daily Show. He’s been with the show for nearly 17 years, and as he notes in the video down below, “It’s the longest I have ever in my life held a job by 16 years and 5 months.”

The news shocked millions of people. Some fans calling it the “worst Tuesday ever,” which sounds a little dramatic if you ask me. If I remember correctly, 9/11 was actually on a Tuesday. I love Jon Stewart just as much as you do, but I am 99.9% sure that 9/11 was significantly worse than 2/10.

You won’t be eating dinner with your family 15 years from now, saying, “Can you believe it? It’s been 15 years since Jon Stewart announced he was retiring from The Daily Show. I still remember where I was that day. I was on the toilet in the secret bathroom located on the bottom floor of my office building. Browsing Reddit on my phone, waiting for last night’s dinner to drop out of my body. It never did drop that day, but the roll of toilet paper I stole from the main restroom didn’t go to waste. I needed it to dry my crying eyes.”

Anyway, that went on longer than I expected. I apologize. Like I mentioned above, we all heard about this news yesterday afternoon. But the studio audience for last night’s taping still hadn’t heard the surprise announcement.

Watch Stewart break the news to them…