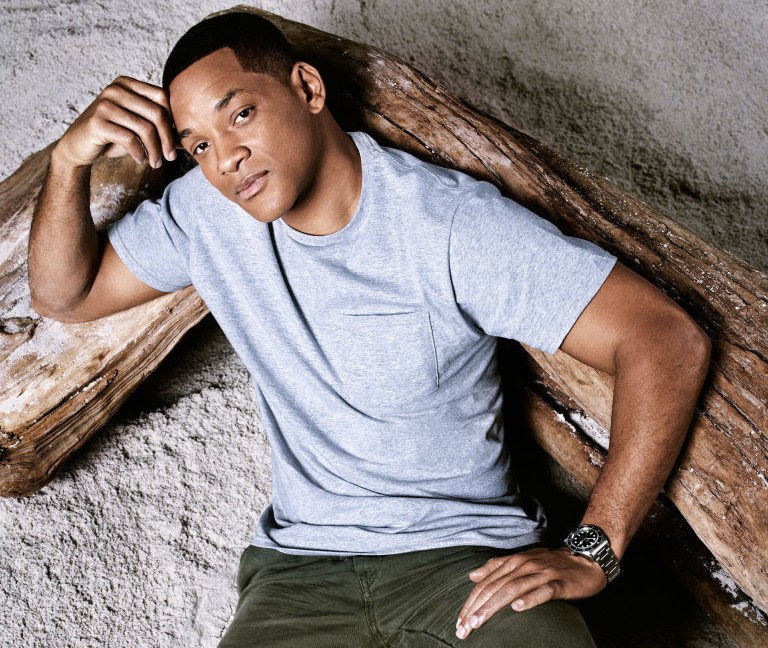 Will Smith Talks About The Race Issue In America, Also Reveals How ‘After Earth’ Failure Changed His Life

Will Smith is an interesting dude. He’s one of those people who you eat dinner with, and an hour after the food arrives, you realize neither one of you have touched the food. The conversation was simply more interesting than the lobster pasta on your plate.

Do you need proof of this? Well, the 46-year-old actor talked with Esquire’s Scott Raab during a recent basketball game between the 76ers and the Grizzlies. The two sat courtside and discussed a number of topics, including race relations here in America.

“I understand the difficulty and the pain, and there’s no easy way out right now. The change that has to happen is about to be so brutal and so painful. It’s not unlike the sixties. I think there’s actually a deeper issue at play that America is going to have to face. What we’re really talking about in this issue is people walking around the street with guns that can make a decision whether or not they’re going to kill someone, right? And that’s even more difficult, because there’s really no way back from that. This is a gun culture. And it’s painful for me, because I cannot figure out how to be helpful. I’ve always been telling my sons, We have to separate fault from responsibility—whose fault it is that black men are in this situation, whose fault it is doesn’t matter. It’s our responsibility to make it go right. It’s our responsibility. It’s a lot of people’s fault, systemic racism, and it’s a lot of people’s fault that the black community is in the situation that we’re in, but it’s our responsibility to clean up the mess.”

And then the actor’s focus shifted toward his 2013 ‘After Earth‘ disaster. The film, which co-stars his son Jaden Smith, only managed an 11% rating on Rotten Tomatoes. And even worse, it only earned $60 million here in North America. Will Smith claims he was broken after the massive flop.

“Wild Wild West was less painful than After Earth because my son was involved in After Earth and I led him into it. That was excruciating. What I learned from that failure is how you win. I got reinvigorated after the failure of After Earth. I stopped working for a year and a half. I had to dive into why it was so important for me to have number-one movies. And I never would have looked at myself in that way. I was a guy who, when I was fifteen my girlfriend cheated on me, and I decided that if I was number one, no woman would ever cheat on me. All I have to do is make sure that no one’s ever better than me and I’ll have the love that my heart yearns for. And I never released that and moved into a mature way of looking at the world and my artistry and love until the failure of After Earth, when I had to accept that it’s not a good source of creation.”

He then explained how a phone call he received just 24 minutes after seeing the terrible box-office numbers changed his life.

“I get the box-office numbers on Monday and I was devastated for about twenty-four minutes, and then my phone rang and I found out my father had cancer. That put it in perspective — viciously. And I went right downstairs and got on the treadmill. And I was on the treadmill for about ninety minutes. And that Monday started the new phase of my life, a new concept: Only love is going to fill that hole. You can’t win enough, you can’t have enough money, you can’t succeed enough. There is not enough. The only thing that will ever satiate that existential thirst is love. And I just remember that day I made the shift from wanting to be a winner to wanting to have the most powerful, deep, and beautiful relationships I could possibly have.”

You see what I mean, folks? Wouldn’t you just love to listen to him talk about things for…I don’t know…12 hours? If you want to read more of the interesting interview, click here to check it out on Esquire.