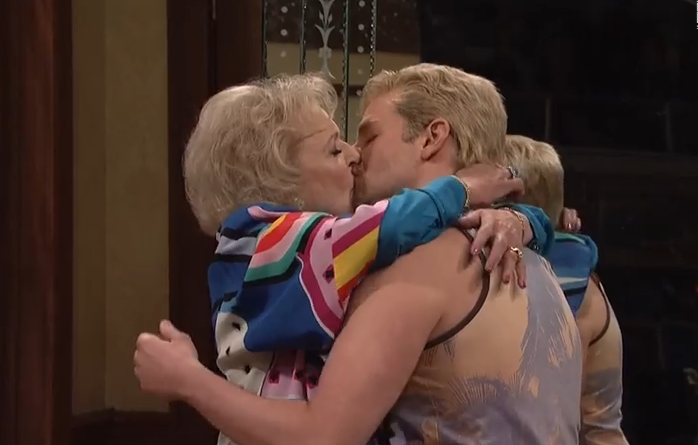 Forget Valentine’s Day and Fifty Shades of Grey. The hottest thing that happened this past weekend was the incredibly sexy make out session between Bradley Cooper and Betty White during NBC’s 40th anniversary celebration for Saturday Night Live.

And since this was the big 40th anniversary show, the folks on SNL decided to turn up the heat. Betty White and Bradley Cooper showed up during the sketch, and well, they were extremely happy to see each other.

Watch the hilarious video down below. (if you want, skip to the 8:00 mark to check out the moment everyone is talking about)

I have to admit, I am pretty jealous of Bradley Cooper. Betty White may be 93-years-old, but she’s the hottest 93-year-old I have ever seen. Not that I am actively scouting out old ladies at the nursing home, I am just saying, out of the 90-year-old women I have seen, Betty White is definitely the hottest.