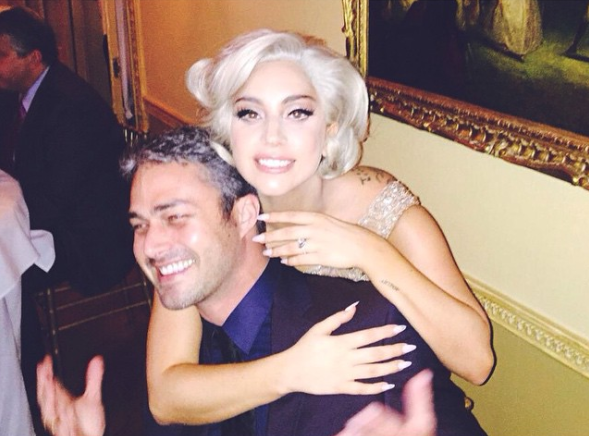 To be completely honest, I have to fake my excitement when it comes to engagement rings. Most of them look the same to me, and at the end of the day, it’s just a f–king ring. However, I must admit Lady Gaga’s longtime boyfriend, Taylor Kinney, did a great job with his selection.

The 33-year-old actor asked Lady Gaga to marry him on Valentine’s Day. The news was first reported by Us Weekly, and was later confirmed by the singer herself on Instagram. She posted the beautiful photo you see down below, with the caption, “He gave me his heart on Valentine’s Day, and I said YES!” Gaga and Kinney first met on the set of her “You & I” music video back in 2011. They started dating a short time later and have been in love ever since! They did have a bit of a rough patch in 2012, but that only made them stronger in the end. Back in 2013, Gaga spoke to Fashion magazine about her relationship…

When you meet someone that’s not intimidated by the amazing people that are around you [or] by the love that you receive—that’s love. Men weren’t always happy for me. It was very challenging to watch a woman be so successful.

How sweet. Congrats to the happy couple!