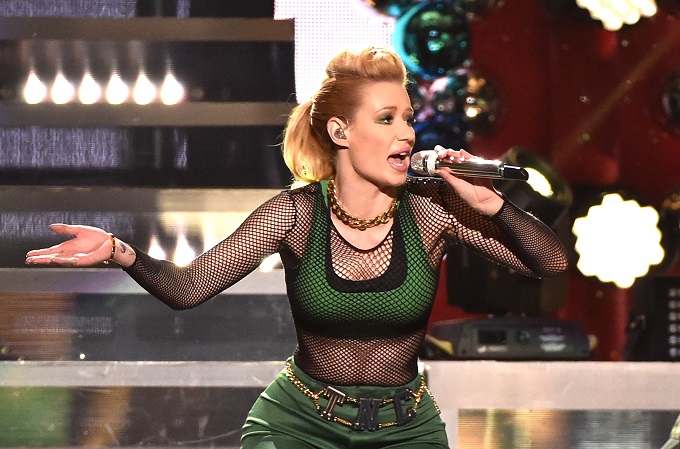 Iggy Azalea has left the building. The building of the internets, that is. The 24-year-old rapper just came back home Wednesday after enjoying a much needed vacation with Nick Young. During the romantic trip, she let that booty of hers fly free in a red bikini. We know this because some creepy paparazzo took photos of her without her permission.

And the photo you see down below has the internet trolls coming out of their Doritos-induced comas. We totally understand how shocking that image must be for some people. Those people being the poor souls who have never actually seen a booty in real life.

We improvised a bit, but that’s pretty much how the internet trolls responded to the photo. And even though Iggy has a thick booty, she apparently has thin skin. After returning home from the trip, Iggy wrote a series of tweets, explaining why she is taking a break from social media.

Just got back from a great vacation, came online and saw apparently it’s shocking and unheard of to be a woman and have cellulite. Lol. I just want to have peace and relaxation time without a perve with long distance lense hiding out taking pictures, everyone deserves peace. I feel the hatred and pettiness i see online at all times is at making me become an angry person and I cannot be that.

Damn, it’s just a shame this didn’t happen to a better person. I’d love to fully get behind her and trash these internet bullies, but I just can’t jump in 100% because Iggy Azalea has also been that bully. Although, she hasn’t said anything truly offensive in a long time, so maybe she has realized how much words can really hurt.

In any event, at least Bernard and Reginald finally know what a real ass looks like.