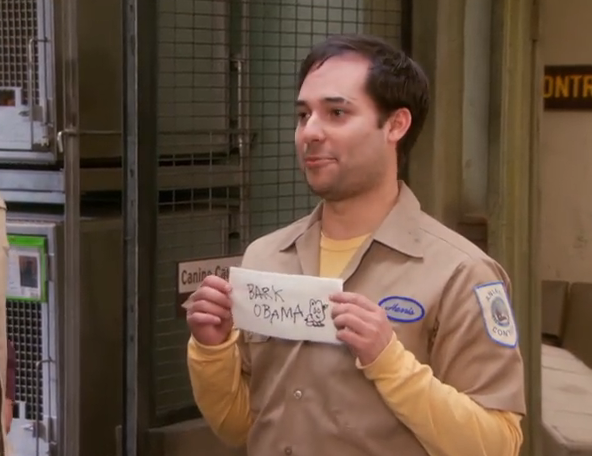 We lost another good one, folks. Some of you may not know Harris Wittels by his name, but there is a good chance you have seen his work, and watched his hilarious, clueless animal control department character on Parks & Rec.

If your memory needs to be refreshed, check out the video down below to see him in action.

In addition to appearing on the show, Wittels also wrote and produced for the NBC comedy. He also performed stand-up. In fact, he was on stage doing a show just one night before he was found dead inside his home. Los Angeles Police Department Officer Nuria Venegas told CNN that he was found on his couch by his assistant.

There were no signs of trauma to his body, but police did find drugs inside his home. They believe he died from an overdose, but nothing will be official until the autopsy results are released.

Sadly, a drug overdose would make a lot of sense. Wittels has struggled with a drug addiction for several years now. At first, he was able to manage it. He was simply the “dude with the drugs” and he admitted that it became his thing. But then, after breaking up with his girlfriend of two years, the drug addiction became more severe. He went to rehab a few times, and the last time he went, it seemed like he was actually getting better.

You can click here to listen to him open up about his drug addiction. It’s one of the most interesting stories I have heard in a long time. It has everything: drugs, heartbreak, Scientology, puppies dying, and the list goes on and on.

Amy Poehler got the sad news of his death just hours before she was honored on stage for her work with Worldwide Orphans. She told the crowd that she didn’t feel like making jokes today.

Today, I lost a friend. I lost a dear, young friend in my life who was struggling with addiction. I’m sharing it with you because life and death live so close together, and we walk that fine line everyday. When things happen in our lives, we turn to the people that we love…and we lean on people, in a hope that we will ease our pain. So, I don’t really feel like telling any jokes. I’m kind of sad.