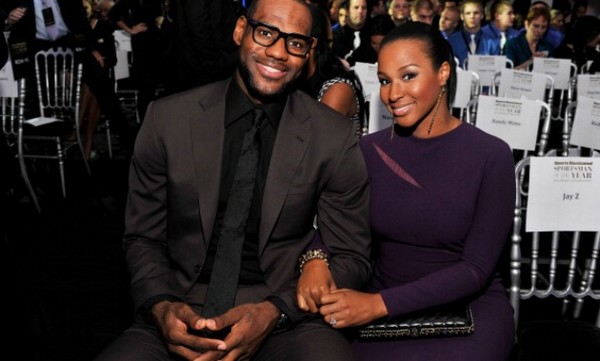 Stardom and marriage go together like peanut butter and laundry detergent. Once people become famous, they realize that they don’t have to settle for the piece of trash they met in their crappy hometown. But some celebrities are blind to the beautiful and heartless people in Hollywood.

For some reason, these seven celebrities believe in a little thing called love. Check out the list below to find out if your favorite celebrity made the mistake of marrying someone they met in high school. First Met: Back in 1973 at Mount Temple Comprehensive School.

Married Life: Bono (Paul Hewson) and Ali married on August 21, 1982. They have four children together.

Relevant Quote: Bono talking about his wife back in 1987, “She will not be worn like a brooch. We have a stormy relationship because she is her own woman.” First Met: In 1987 after one of LL Cool J’s friends introduced him to his cousin, who happened to be Simone Johnson, the future love of his life.

Married Life: After dating for eight years, the couple decided to make things official in 1995. They also have four children together.

Relevant Quote: While talking with Jimmy Kimmel, the rapper/actor remembered the first time he met Simone: “It was Easter and I was driving down the block in my mother’s car.” He stopped briefly to say hello to a friend, “He said, ‘Hey, you wanna meet my cousin?’ I looked over and said ‘Oh yeah, I’ll meet your cousin.'” Married Life: They have been married for over 30 years. According to the actor, they tied the knot in 1979 on Friday the 13th because he wore the number 13 on his baseball uniform. They have three children together.

Relevant Quote: In 1986, Jeff and Kathleen moved back to their hometown of Chelsea, Michigan. He spoke to mlive about that decision, “It was home. Kathleen and I had both been raised here; good enough for us, good enough for them…. I knew I was going to be on the road a lot. I just felt it was a great place to raise our kids.” Married Life: Snoop and Shante got married on June 12, 1997. In 2004, Mr. Dogg filed for divorce, citing irreconcilable differences. But they managed to work through their issues and renewed their wedding vows four years later in 2008. They have three children together.

Relevant Quote: “I was trying to get a divorce, but I went back home and I fell back in love with my wife and kids. A lot of times you get cloudy. This music industry is a mother, man, and it’ll take your vision and blur it. But God is good, so I understand that I need my wife and my kids in my life — so I threw the papers away.” Married Life: After dating for over 10 years, Paula and Robin decided to get married on June 11, 2005. After having one child together and being together for over 20 years, Patton officially filed for divorce in October of 2014.

Relevant Quote: Shortly after Paula kicked Robin’s ass to the curb, the singer dedicated his song ‘Lost Without You’ to her during a concert in Virginia. “I’m trying to get my girl back. She’s a good woman.” He told the crowd. Married Life: He proposed to Brinson on New Years Eve in 2011. Their wedding came a year and a half later on September 14, 2013. They have three children together.

Relevant Quote: Back when LeBron James joined the Miami Heat, Savannah admitted she was nervous about the move, but then she heard about those warm temps. “When they told me it doesn’t get any colder than 50 degrees, that sold me. We get below-zero weather in Cleveland. I can’t wait to have a sunny Christmas. It will definitely be an adjustment, but we’ll make it. We’re not complaining.” Wonder she feels now that she’s back in the cold? First Met: In 1987, Kim and her sister Dawn moved in with Eminem and his mother after running away from home.

Married Life: They first married in 1999 only to get divorced two years later in 2001. After years of hate, he remarried Kim in January of 2006, but sadly the second marriage only lasted a few months.

Relevant Quote: After his first divorce in 2001, the rapper told Rolling Stone the following, “I would rather have a baby through my penis than get married again.” And we think that’s a perfect way to end a post about marriage.