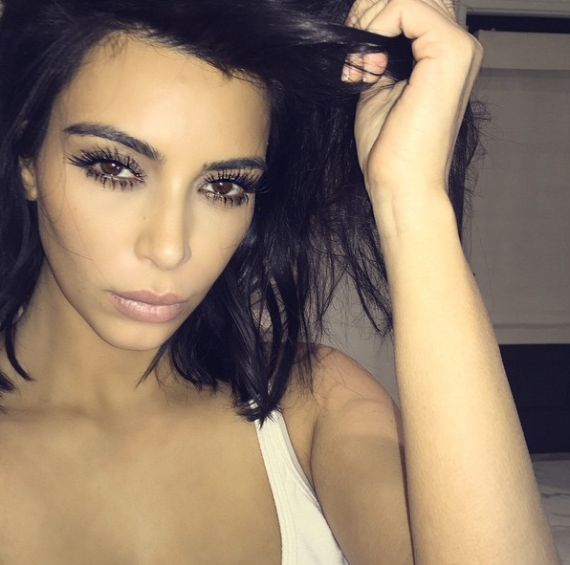 Does Kim Kardashian Really Pay Someone $100,000 A Year To Photoshop Her Pictures? Another day, another batch of rumors surrounding Kim Kardashian. It’s a little difficult to keep up with every rumor, but we have decided to focus on the most ridiculous rumor currently floating around out there.

A new report from Star magazine claims the 34-year-old reality star pays a Photoshop expert $100,000 a year to make her photos look flawless.

The assistant is reportedly on call 24/7. One of the requirements of the job is to be available at all times, because you never know when Kim Kardashian may need some Photoshop magic. Most every photo she sends to the expert is returned in less than 30 minutes, according to the insider who spoke to the magazine.

But what does Kim Kardashian’s rep have to say about the rumor? The rep is calling the rumor insane, adding that the report is completely false. And multiple people are defending Kim. They say Kim definitely has the money to pay someone $100,000 a year to fix her photos, but they also made it clear that it’s something she would never do.

Obviously there has been a little touch of magic added to some of Kim’s photos, but who doesn’t fix up their pictures before posting them online? She doesn’t need to pay someone $100,000 a year to fix her photos. We are sure she’s capable of fixing them herself.

She has to save all that money for the important things in life, like: clothes, vehicles, jewelry, expensive drinks from coffee shops, haircuts, manicures, Kendall Jenner’s career, etc.