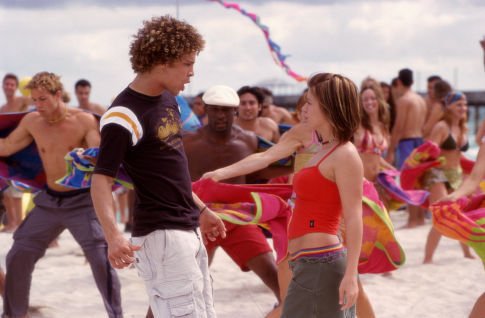 I think we can all agree that From Justin to Kelly was a terrible film. In fact, it’s so terrible that people are starting to appreciate it years later.

They want to share it with their friends and laugh at how ridiculous it is. Honestly, it’s a movie you will still hear about years from now, which makes Kelly Clarkson a very unhappy person.

During an interview with US Weekly, the 32-year-old American Idol winner admitted that she cried for an hour while on the phone with the creator of American Idol.

I cried for a solid hour on the phone with the creator of American Idol and pleaded to be let out of the contract that said I had to film From Justin to Kelly.

I imagine that’s how most critics responded to the movie. It only managed a 10% rating on Rotten Tomatoes, and now Kelly Clarkson is pretending like the film never happened. She told Time magazine that she will never show her daughter the movie. The idea that it might become a cult classic terrifies the singer.

Oh, but it is here! It will always be here. You can actually rent it on YouTube for just $2.99. Invite your friends over, make some popcorn, and have a wonderful time laughing at how ridiculous the movie is. It’s actually highly entertaining. She should embrace it.