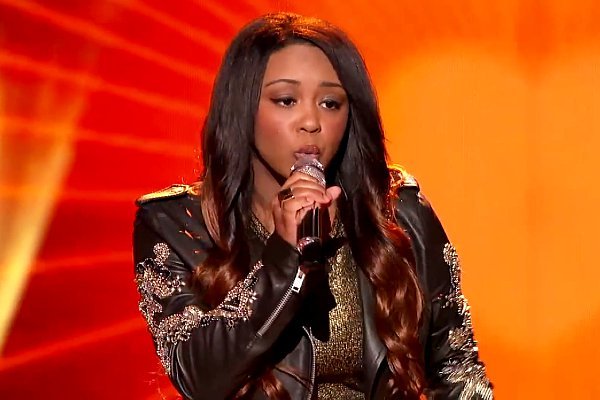 Sarina-Joi Crowe might be saying all the right things after her emotional elimination last week on American Idol, but the truth is, her relationship with Idol has been an abusive one.

We all know her story. She had tried out for the show multiple times in the past. Never making it beyond the top 48. She was constantly rejected by the show, but she continued coming back to receive more abuse. And finally, after three attempts, Crowe made it over the top 48 bump this season.

In fact, the 19-year-old from Tennessee made it all the way to the top 12! She was actually the first contestant to find out the news last week, but unfortunately the happiness didn’t last long. Just one day later, Crowe was the first one eliminated from the top 12. It was obviously a heartbreaking moment for the singer, but she’s refusing to focus on the negative side of things.

She talked with reporters after the emotional night and was overflowing with optimism.

It’s a matter of not being bitter about the situation. Where people fail is they get so bitter about going home that they forget this is their platform and they should use it.

Of course, part of the reason she is taking this so well is because she expected to go home after her lackluster performance.

I knew the odds were stacked against me. I still encouraged people to vote, and I hoped to go through, of course, but I woke up with that gut feeling that I’d be in the bottom or going home.

She seems like a really sweet person. Hopefully she finds some work after her success on the show. Maybe she will find someone who actually appreciates her.