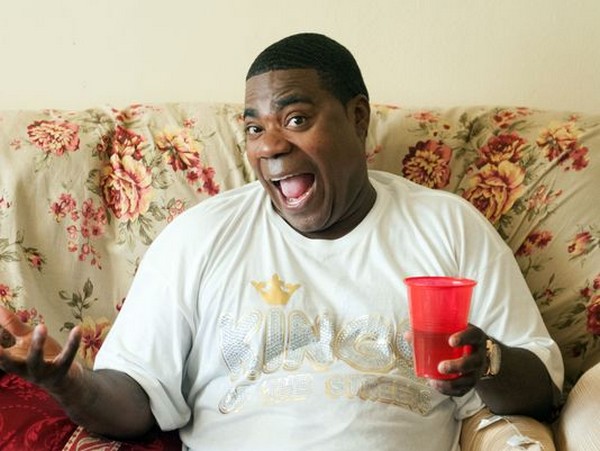 Once again, we must remind everyone that celebrities are still humans. They cry, laugh, eat, and poop just like regular people. It’s hard to believe, but sometimes celebrities do need a little help.

The 8 famous people on this list all needed help, and thankfully they received help before it was too late. Check out their inspiring stories below… Most of you have heard the name Alonzo Mourning, but how many of you have heard the name Jason Cooper? That’s the name of Mourning’s distant cousin. The cousin that saved his career and his long-term health. After finding out that he had a rare kidney disorder, Alonzo knew his life was going to change forever. At first, doctors were able to treat the disease with medication, but a few seasons down the road, the NBA star received more bad news from his doctor.

The doctor told him that his heart rate was jumping up too high while on the court. If he continued to play in this condition, he could die while playing the game he loves so much. He needed a kidney transplant to save his career, and that’s when his cousin Jason Cooper offered to be his donor.

Two and a half years later, Mr. Mourning won his first NBA Championship. Before getting seriously injured in a deadly car accident last year, Tracy Morgan had another medical emergency. According to the reports, the comedian was diagnosed with diabetes back in 1996, but he never did take his condition seriously. And in 2010, he was forced to get a kidney transplant. It was his ex-girlfriend, Tanisha Hall, who donated the kidney.

He thanked her during the 2011 SAG Awards, “I’d like to thank Tanisha for donating my kidney to me.” American playwright Neil Simon received his new kidney in 2004. Before having the surgery, things were extremely difficult for Simon. He was undergoing dialysis treatment three times a week for over a year before the surgery. But then his longtime friend and publicist, Bill Evans, stepped in to donate a kidney.

Before entering the hospital for the transplant surgery, Simon wanted everyone to know just much he appreciated his friend, “We’ve been friends for 25 years. It’s wonderful of him to do this.” Those close to Natalie Cole claim she is always in a good mood. You can always count on her to cheer you up, which is remarkable when you consider just how much she has been through. Hepatitis C, drug addiction, kidney failure, and of course the kidney transplant that saved her life.

She had chronic kidney failure, and doctors told her that without a new kidney, she only had three years to live. Thankfully, just eight months after starting dialysis, she found a donor by the name of Jessica. She was a young, pregnant woman from El Salvador who died just before giving birth to her son. Doctors were able to save the baby, and the family decided to give all her organs away.

The Grammy award-winning singer’s next album after the life-saving surgery was in Spanish. A tribute to the woman who saved her life.

“You couldn’t have told me five years ago I’d even be doing a Spanish record, let alone that it would be the No1 Latin CD. This record is a tribute to that family’s love. They gave me life.” Honestly, we are not even sure if Dick Cheney is still a human. After having at least five heart attacks since 1978, the former Vice President had heart transplant surgery in 2012. Before receiving his new heart, doctors had been keeping him alive with a heart pump he received in 2011.

Cheney and his family never found out who the donor was, and that’s apparently just fine with Mr. Cheney. During an interview with Larry King, he admitted he doesn’t spend a lot of time wondering who had the heart before him.

“The way I think of it from a psychological standpoint is that it’s my new heart, not someone else’s old heart. And I always thank the donor, generically thank donors, for the gift that I’ve been given, but I don’t spend time wondering who had it, what they’d done, what kind of person.” Thanks to a genetic condition that caused his kidneys to deteriorate, George Lopez was told by doctors in 2004 that he needed a new kidney to save his life. After finishing the fourth season of his show on ABC, the comedian’s ex-wife offered to donate one of her kidneys. Lopez lost over 40 lbs. after the surgery, and even raised awareness for his condition on his show by giving his character’s son a similar illness in the following season. Sean Elliott was the first NBA player to return to the court after a kidney transplant. Shortly after Elliott helped the Spurs win their first championship back in 1999, he revealed that he had been playing with a kidney disease, focal segmental glomerulosclerosis. He was forced to have kidney transplant surgery later that year, but returned to the court the following season on March 13, 2000. He only played 19 games that season; however, that’s 19 more than I would have played after having a kidney transplant. You might take one look at this beautiful 24-year-old actress and think she has the perfect life. She’s talented, young, rich, famous…what could be so wrong? Well, she’s had a lifelong battle with kidney dysplasia, and she had to have a kidney transplant when she was just 21-years-old in 2012. She received the kidney from her father, and while recovering at her home, she talked about how family will always be there for you.

“You know that family is always going to be there for you – no matter what. My dad gave me a freakin’ kidney! But it’s also the families that you create outside of your family. And you really find out what kind of people you’re friends with.”