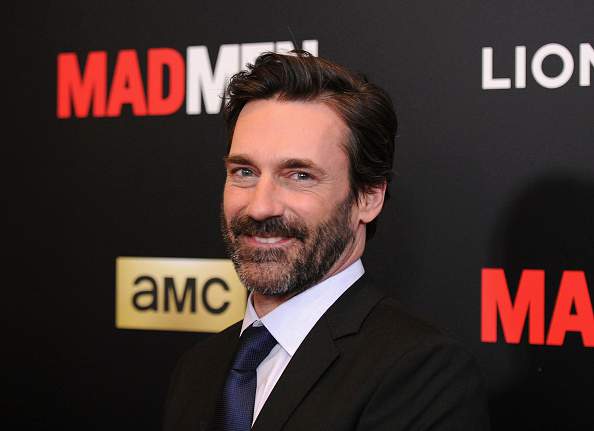 Jon Hamm and his character on Mad Men have more in common than you think. It was recently reported and confirmed by a number of sites that the 44-year-old actor had to enter rehab for alcohol abuse.

A rep for the actor released the following statement…

With the support of his longtime partner Jennifer Westfeldt, Jon Hamm recently completed treatment for his struggle with alcohol addiction. They have asked for privacy and sensitivity going forward.

As you know, the internet is not good at this ‘privacy’ thing, so we know Mr. Hamm was treated for 30 days at the upscale Silver Hill Hospital in New Canaan, Conn. We are not sure what made him decide to get professional help, but it might have something to do with the fact that the final episodes of Mad Men will be airing soon.

Maybe he’s finally letting his Don Draper character go. Of course, Mr. Draper was known for his demons, and throughout the show’s history, Hamm has had to answer questions about the similarities between himself and his character.

Back in 2008, the actor talked with The Guardian about life on the set.

In the show, we know smoking kills, but we don’t give a s–t [the cast puffs away on herbal cigarettes]. These guys had three-martini lunches… I appreciate alcohol. I love the place that alcohol holds in our society, but I’d never attempt to drink as much as Draper.

He might not be drinking as much as his character, but he obviously reached his limit. Hopefully this stay in rehab gets him back on the right track.