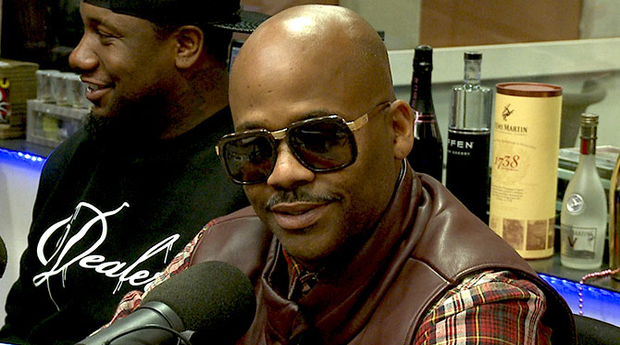 I’m glad that Charlmagne set the record straight.  I think what pissed me off the most about Dame’s interview was not that he talked about Gossip as woman’s work (like I haven’t heard that before) but he was so contradictory in his statements.  He was rude in referring to money-matters when it was very unnecessary in a room full of people who quite frankly might be out earning him.

What further infuriated me is the lazy-ass people on social media spreading the link around like they picked up some gems of wisdom.  If you have a job, Dame basically called you a “big dummy” and everyone thought it was Jesus behind the microphone reading the bible.   Like Dame was dropping some incredible knowledge or something.  What Dame was doing was showing exactly why he is not as successful as everyone else around him.  Why Spike Lee didn’t give him the time of day.  The he refused to explain, how he got the money he needed to start is so-called empire if he didn’t have a job.

I personally have the ability to extract the good from what Dame said without being offended.  There was some good, a lot of good.  He was right about a lot of things, but he was also wrong about others, contradictory to even statements he made within the interview and so arrogant that I didn’t even feel like buying his movie because I didn’t want to see him end up with my dollars.

Dame is just a loud mouth stepping stone.  The sad part is I think in his heart of hearts he means well, he’s intelligent and works hard.  But what he doesn’t realize is that people can’t separate him from the rhetoric that he’s spitting.  I bet he doesn’t believe half the stuff he’s saying.

He can take lessons on Smack Talk from Floyd Mayweather.  He can talk smack but shows that he still has a heart…..and in Floyd’s business Talking Smack is part of the job however he does it without taking a dump on everyone.   A good example is Adrian Broner vs Floyd.  Broner loses fans talking Smack, Floyd gains them.

In case you missed it, here is Dames’ interview in its entirety.  (It is a good interview)

Charlamange was a guess on Andrew Schulz podcast and he had some even wiser words.

My only issue with Charlamange and the entire Breakfast Club Crew is that they let Dame s%it on them in their own house. Dame needed that interview more than they needed those likes and views.  Me personally, I would have told Dame to pack his stuff and go…and take his cookies with him.

Here is what Charlamagne had to say in response.