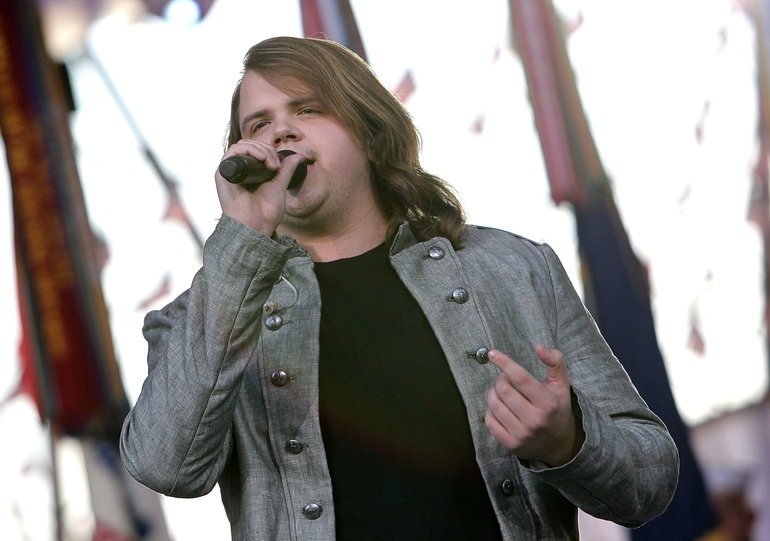 North Carolina’s Caleb Johnson won the 13th season of American Idol just one year ago, but it feels much longer than that. Maybe that’s because we haven’t really seen him since the finale.

However, that is about to change in a big way. The 23-year-old rocker has just announced his first headlining tour. Tickets are now on sale for the 14-date tour, which begins on May 2 at Harrah’s Cherokee Casino Resort in North Carolina. I was actually at the casino just a few weeks ago, and they were already promoting his show on every wall inside the building.

After his first show in North Carolina, he’ll make a quick trip down to Atlanta, where he will perform a show at Terminal West. You can check out the full list of tour dates at the bottom of the page.

You will notice there is a one week opening between May 10 and May 16. We imagine he was forced to create some space for the season 14 American Idol finale, which is currently scheduled for May 12 and May 13.

In addition to the tour announcement, Johnson also released a music video for his song Fighting Gravity from his debut album Testify. You can check out the emotional video below…

Tour dates below: You can buy tickets here.