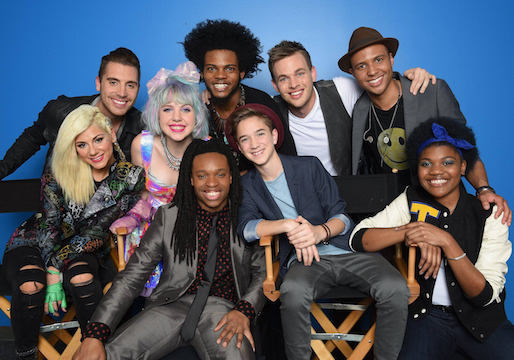 It is Wednesday night, and do you know what that means? It means I actually have an excuse to sit on the couch and watch television for two hours. The Idol contestants were back on stage tonight to perform songs from the original American Idol, Kelly Clarkson. When I first heard about this Kelly Clarkson Week, I was a little worried.

But that all changed when they started off the night with a video looking back at Clarkson’s time on Idol. I hate to admit it, but I actually got emotional while watching it. That’s probably because I realize we are reaching the end of Idol’s run. This show has been on for so long that it feels more like some strange family member than a singing competition.

Anyway, let’s focus on the most important moments of the night, which included Jax giving us another reason to dislike Daniel Seavey. She called him out for stepping on her dress before she performed. Dick move, Seavey.

Another important moment? American Idol gave the fans even more power by letting them participate in a ‘fan-save’ Twitter round. When Ryan Seacrest announced the bottom two finalists, fans were able to save their favorite in real time by voting on Twitter. And for once, America actually got the bottom two right.

Daniel Seavey and Rayvon Owen were the two contestants in need of a fan-save.

Who got the save?! Rayvon Owen! I was a little surprised by that considering it was Twitter users doing the voting, but I think it’s obvious they made the right decision.

And now it’s time for the three best performances of the night. Sadly, our normal video source was unavailable tonight, so you’ll have to just appreciate the small screen footage below.

I think the “You Give Love A Bad Name” performance last week is still my favorite Jax performance, but this is definitely a close second. It was almost like we were being treated to the raw version of her voice. It was just Jax up there with her beautiful voice.

What?! Quentin made the top 3 again? Yes, he did. Look, it’s obvious that he’s a favorite of mine, but that doesn’t mean I’ll just automatically include him every week. If/when he has a bad night, I can promise you he won’t make this list.

But this week? He killed it again. Keith Urban was actually standing up after the performance. He also switched it up a bit by increasing the tempo. It wasn’t your typical Quentin performance. I think America needed to see that side of him.

Clark Beckham – “The Trouble With Love Is”

Yes, I realize the same contestants from last week made the list again this week. That’s probably going to upset some people, but I have to be honest! These were my three favorite performances of the night, and I am not going to lie about it just to “change it up.” Listen to Clark sing this song and tell me he doesn’t deserve to be on here.

I will say that I also enjoyed Rayvon’s performance, which was a nice surprise. His performances usually make me feel nothing inside, but I actually felt something from him tonight. Passion. Maybe he’ll come back even stronger next week.