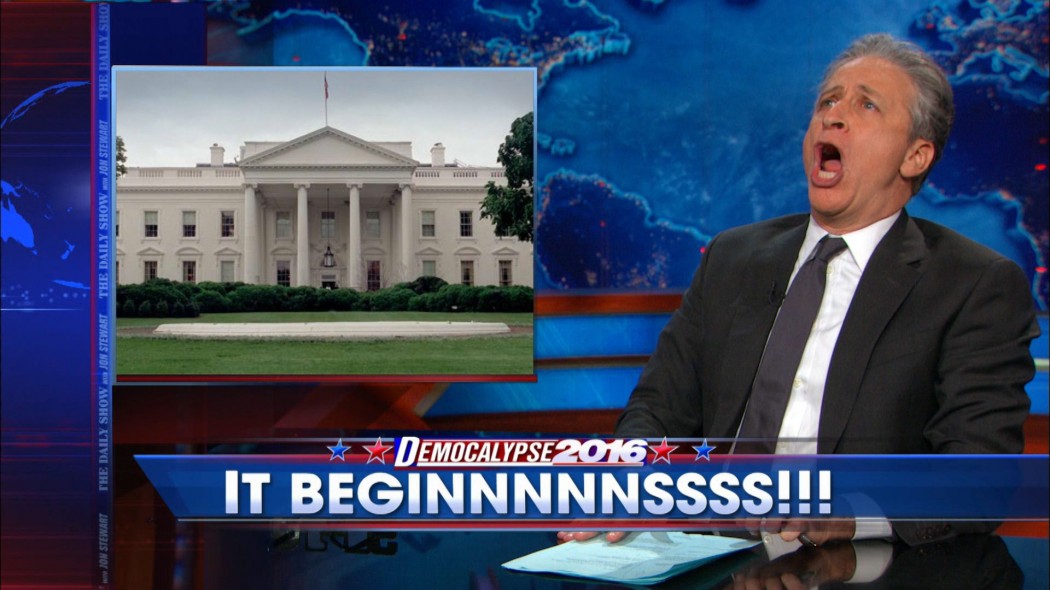 Why is Jon Stewart Really Leaving the Daily Show? A few months back, Jon Stewart shocked fans of the Daily Show when he announced he would be leaving on an indefinite date sometime in 2016. Stewart initially stated that he was leaving the popular show after 16 years because it was just time.

In an interview with the Guardian Stewart said he was worn out with hosting the popular political satire show, and indicated that the upcoming presidential election wasn’t really interesting enough for him to want to cover it.

It’s not like I thought the show wasn’t working any more, or that I didn’t know how to do it. It was more, ‘Yup, it’s working. But I’m not getting the same satisfaction.’

Trevor Noah, a current commentator on the Daily Show will be taking the reigns. The choice left a few fans confused, considering Noah has only been on the show for a few months. However, Noah already comes with a huge international fan following and is no stranger to anchoring a political television program, so there might be some hope for the popular show. Hopefully, the show will be able to survive without Stewart’s presence. When John Oliver took the reigns during Jon Stewart’s summer hiatus, he was able to hold ratings steady. Here’s hoping Noah can do the same, as I’d really hate to have to go back to watching the regular news.