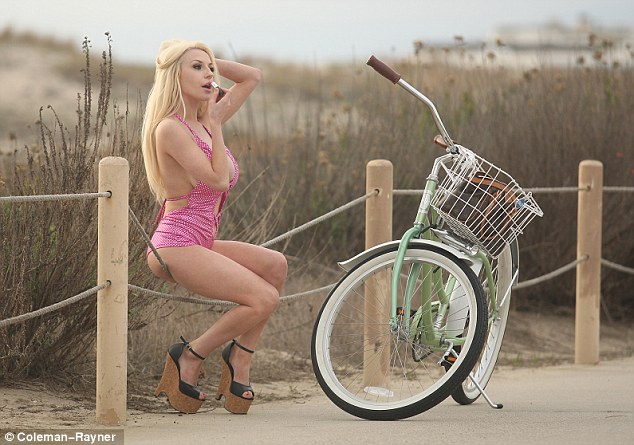 Did Courtney Stodden Just Become A Millionaire For Pleasuring Herself On Camera? It’s official, folks. The world is still a terrible place. You know the Courtney Stodden sex tape that has been floating around? Well, it looks like her solo performance is about to make her a millionaire.

Vivid Entertainment CEO Steven Hirsch has offered the 20-year-old piece of sh-t $1 million to secure exclusive rights to the sex tape. He’s apparently seen the tape, and he was extremely impressed, “[She] looks amazing. This is the most unique footage I’ve ever seen.”

Unique footage? I find that hard to believe. Just how unique could a solo sex tape be? Is she f–king herself with a Swiffer Wet Jet? And if so, does that mean she’s going to get even more money for product placement?

Steven also made it clear that $1 million is just the starting number. If the video does well, he will reportedly hook Stodden up with some bonuses. As of right now, we’re not sure if she has accepted the deal, but we have to imagine the announcement is coming soon.

She’s not going to turn down $1 million, even though she claims she was once offered $5 million…

Anyway, that’s pretty much all there is to report at the moment. You can go back to working your ass off just to keep your lights on. Meanwhile, Courtney will be shoving things up her ass for a $1 million paycheck.