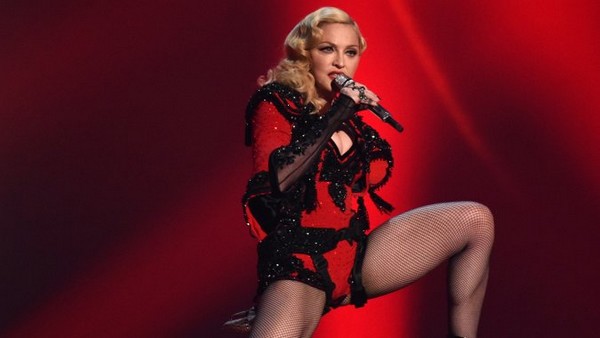 Need To Lose Weight? Check Out The 8 Strangest Celebrity Diets!

Do you want/need to lose weight? If so, please don’t follow any of the ridiculous diets you see below. In fact, don’t follow any diet! Because diets never last. You need to change the way you live. Take walks around your neighborhood, put down the bag of chips and pick up the bag of baby carrots.

Start drinking water! It’s important, you know? Stop drinking your calories. You don’t need soda or f–king chocolate milk. If you don’t like the taste of water (what the hell?) then squeeze some lemon juice in your glass. Buy one of those flavor packets from the store.

Change the way you live, and you’ll find the results you have been looking for. Or just ignore me and eat eggs every single day like Nicole Kidman. While she was filming Cold Mountain over 10 years ago, the 47-year-old actress admitted she went on a strict “hard-boiled egg” diet. According to the reports, Kidman would eat one for breakfast, one for lunch, and two for dinner. And if she was still hungry at the of the day, she would allow herself to eat one more egg.

Assuming she was eating large eggs, that puts her calorie total for the day at around 300! That’s insane. Hopefully she quit that ridiculous diet after filming. Can you imagine how bad her burps must have tasted? Paltrow has been on so many diets that it’s impossible to keep track of them all, but there is one little trick she tries to always remember while eating. The actress reportedly chews every mouthful of food 13 times, at least.

In addition to the constant chewing, she also works out five days a week, which is probably the most important thing you should take away from her healthy lifestyle. Before Snooki changed her lifestyle, she fell victim to the cookie diet. What do you eat on the cookie diet? Cookies, of course! You eat six 90-calorie cookies every single day plus one small meal.

Basically, it’s the diet of a 5-year-old with no supervision, which is how Snooki acted while she was on Jersey Shore. The “air diet” was apparently a pretty big deal back in 2010, and sources claim Madonna was a huge supporter of the diet. This fad diet was dangerous because you weren’t allowed to eat much of anything. You could purchase delicious food, but you couldn’t actually put it in your mouth. All you could do was hold it next to your mouth and “soak” in the flavor. You may have actually heard of this one before. Several celebrities have reportedly tried out this baby food diet, including, Reese Witherspoon and Jennifer Aniston. Apparently, you are only allowed to eat 14 servings of baby food, which would put your calorie total at around 1,000 for the day. Compared to some of the diets on the list, this one doesn’t sound too dangerous, but still, I could think of better ways to get in 1,000 calories a day.

Maybe Reese just enjoyed it because it was easy to eat with her spoon? Beyonce needed to lose a lot of weight in just two weeks for her role in the movie Dreamgirls, so she decided to try out the maple syrup diet. The Queen survived on a special drink mixture consisting of syrup, lemon juice, cayenne pepper and water.

Reports say she was consuming just 400 calories a day, and most of those calories were from sugar. Obviously she didn’t stay on this diet long, but even doing it for two weeks sounds dangerous. This diet actually sounds like it would be fun to try out, even if you didn’t need to go on a diet. It’s pretty simple. Each day of the diet allows followers to only eat foods of one color. You start with white the first day, and then red, green, orange, purple, and you end things with yellow.

Not only does it sound like a fun challenge, but it’s a neat way to trick someone into eating more fruits and veggies. I approve. Okay, so “diet” might not be the right word to use here, but January Jones told mothers around the world that they should have their placentas dehydrated and turned into capsules.

“It’s something I was very hesitant about, but we’re the only mammals who don’t ingest our own placentas.”

She claims the capsules help with the fatigue you feel after having a baby, which helps you stay active, resulting in faster weight loss.