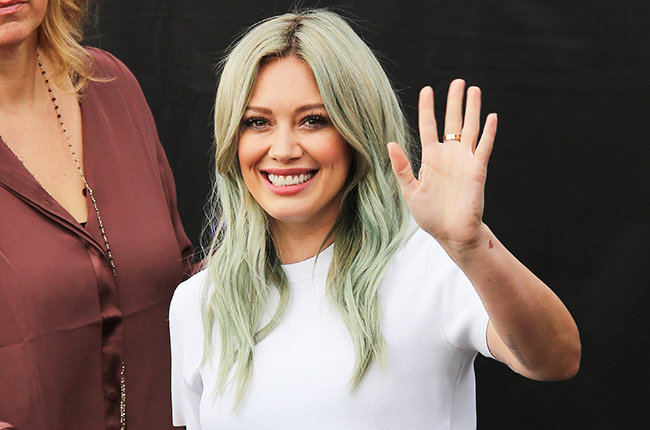 Wait A Minute, Is There More To Hilary Duff’s Tinder Experiment? Is A Reality Show In The Works?

Remember the Hilary Duff story we posted earlier this week? If not, you can click here to check it out. Basically, it’s all about Hilary Duff’s new love for the dating app, Tinder. She calls herself a “Tinder Animal” and says she has over eight Tinder dates planned.

This surprised some people because you don’t typically find celebrities on dating apps. The world is their dating app. They step outside and can pretty much just point their finger at someone. It’s like picking a steak at the supermarket.

So it was strange to hear the beautiful and talented Hilary Duff was using Tinder to find dates. But now it looks like there is more to the story. TMZ sources (probably Hilary’s friends who with her bowling) claim there were cameras filming her first Tinder date at the bowling alley earlier this week. And these sources claim it wasn’t a one time thing. Hilary plans to film all her upcoming dates, and she’s hoping to develop this into a reality show.

A show focusing on her new life as a single mom. Reps for the actress declined to comment on the reports, but we have a feeling there is some truth to these rumors.

In fact, a different source told TMZ they spotted Duff out on a second date Wednesday night. She and her date went to a pizza place in the valley. And yes, cameras were reportedly filming the entire thing.

It was just too good to be true.