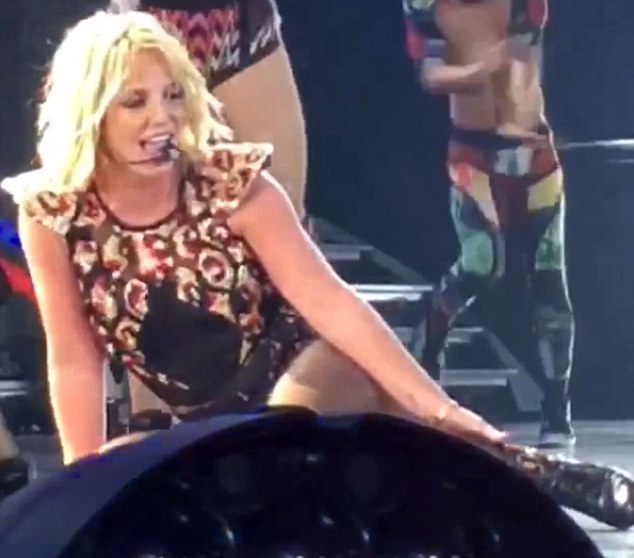 We are sick people. We love to watch videos of other people getting hurt, and it’s a bonus when the person getting hurt is a celebrity. And this Friday, we have a special treat for all you sick people out there.

Britney Spears was in the middle of her “Piece of Me” show at Planet Hollywood in Las Vegas Wednesday night. The 33-year-old pop star was doing her thing on stage, but then something hilarious happened. While she was performing one of her many hit songs, Spears started jumping around in some heels.

Wonderful, right? It’s just so satisfying. Does that make me a bad person? I don’t think so, because I understand there are limits. If she fell off stage and broke her leg? That wouldn’t be funny. There are lines you don’t cross.

Broken leg = Where do I send the flowers?

But there is some bad news to report. Even though Britney Spears is feeling better, doctors have told her to rest this weekend, which means she will have to reschedule a few shows. Okay, maybe I feel a little bad for laughing now…