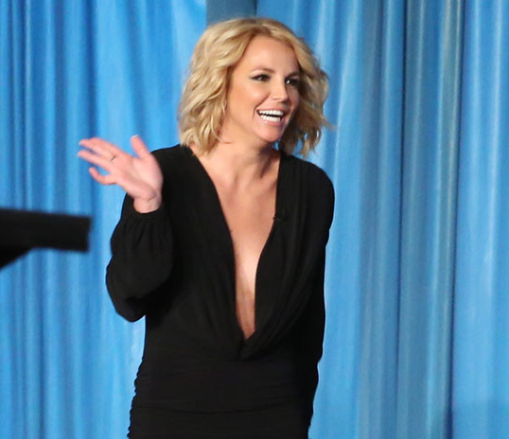 Remember the video of Britney Spears falling on stage during her sold-out show at Planet Hollywood? If not, you can relive the magical moment by watching the video below.

Ah, yes. It looked painful, right? That’s probably because it was. At first, she reported it was just a sprain and she would only have to cancel a few shows, but now it looks like her injury might be a little more serious. During an appearance on The Ellen DeGeneres Show, Spears showed off her ankle boot, and explained that she actually tore some ligaments.

I was just kind of bopping around. And I’ve done like eight years worth of shows. Plenty of shows! And I’ve never actually fell onstage, so it was really kind of embarrassing. But yeah, I fell down and I got up, and my dancers kind of guided me to keep going. I tore some ligaments.

Obviously that’s bad news for her fans. The recovery might take a little longer than expected; however, it wasn’t all bad news. Britney actually shocked everyone by announcing she would be extending her residency at Planet Hollywood for three extra months!