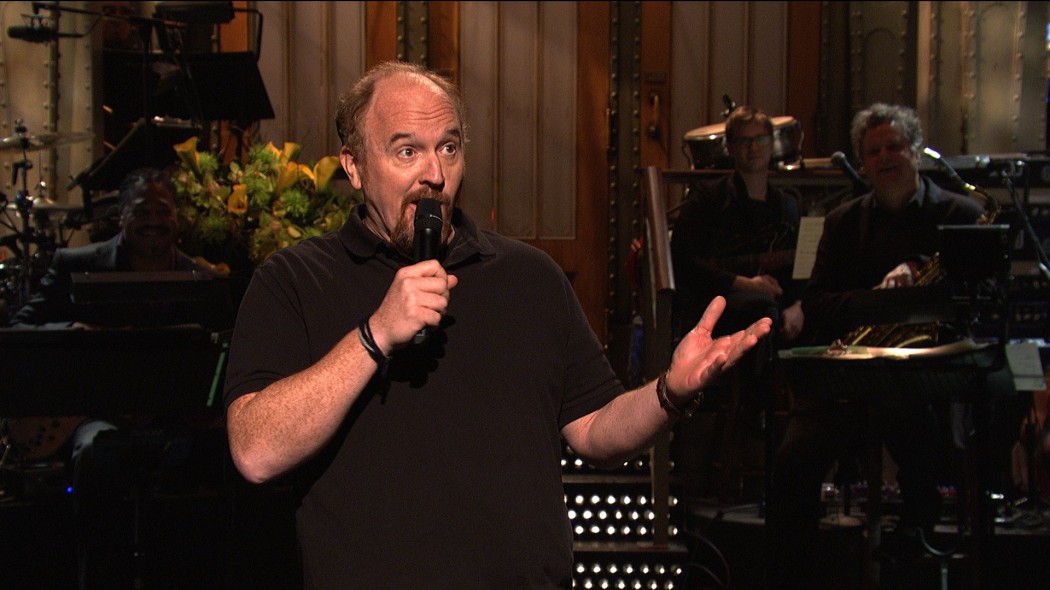 Did Louis C.K. Cross The Line During His SNL Monologue? Watch His Set, You Decide. (Video) I’m not a huge SNL fan but I am a huge Louis C.K. fan.  When I woke up to the reports that the comedian crossed the line during his monologue I wasn’t that surprised.  He was hosting the all-important 40th anniversary season finale so I knew whatever he was going to say was going to get a lot of attention.

Scanning thorough my emails I see that he had some racist jokes.  I read that he joked about not being used to seeing four black women running a pizza place.  Also something else about feeling better seeing a Chinese or Indian doctor when seeking medical treatment.  He also had another joke about how he thinks that a white man wearing a hooded sweatshirt is an athlete and a black man wearing the same thing makes him question his safety.

Again, reading these snippets I was not surprised or offended, but intrigued because depending on his delivery, those sound like some pretty funny jokes.  I almost dismissed the whole story until I saw a word that I know people don’t feel good about and almost never should joke about.  Pedophilia.

Now remember, in a jailhouse full of killers, rapists and armed thieves, the pedophile gets his ass kicked every day. He might even get raped himself by other inmates to teach him a lesson.  The message there is, “It’s not OK”.  And neither is joking about it being ok, ok.

Did he cross the line?  When you compare the taste of a little boy to that of a Mounds candy bar, in my opinion, “yes”.  That is crossing the line indeed.  But if you take a moment to listen to the bit – it’s not really that bad and pretty funny in a way. You can see where Louis himself starts to second guess his decision to tell the joke, but I think that’s what makes it funny.  His uneasiness with the material is hilarious…and if that was all planned then he is a genius.

In it’s entirety, I don’t think he crossed the line.  I think he straddled it and that’s what good comedians do.

Weather you think he did or not, Louis C.K. fans will still be fans.  SNL fans will still watch the show and we will forget about this in a week or sooner if Kim Kardashian shows us a breast.  As far as NBC, they might have some sponsors to deal with but that’s life.  Watch his set and let me know if you think he went too far.