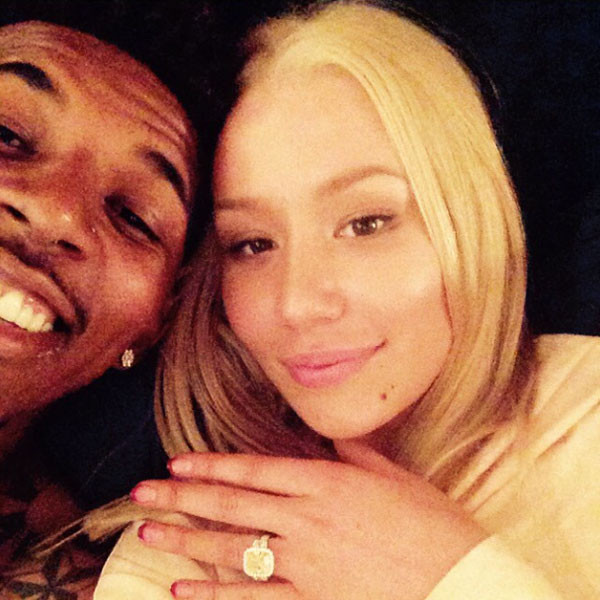 And thankfully, the special event was filmed! You can check out the surprisingly adorable video below…

Would you look at that? He even got down on one knee and everything. Sources claim Iggy was completely surprised by the proposal…

It was a beautiful celebration for Nick with only his close friends and family. Nick completely surprised Iggy with the proposal. She was shocked and so excited and emotional at the same time.

So what about this ring? That’s what you all came for, right? According to the reports, the ring sitting on Iggy’s finger is a 10.43 carat Jason of Beverly Hills engagement ring valued at $500,000! E! News reported, “The bride-to-be’s ring features an 8.15-carat fancy intense yellow cushion cut center stone with 2.28 carats of white diamonds set onto 18-karat white gold.” I have no idea what that means. Why does it have a cushion on it? Is it so big that people can actually sit on it?

By the way, the CEO of Jason of Beverly Hills says Nick was a great customer…

We wanted it to be both a ring of Iggy’s dreams and a ring that fit her personal style. It is always an honor when a client trusts me to help design a ring that symbolizes one of the most important decisions of their life.

And just think, their relationship started on Twitter! Pretty incredible. It’ll be interesting to see how long they last.