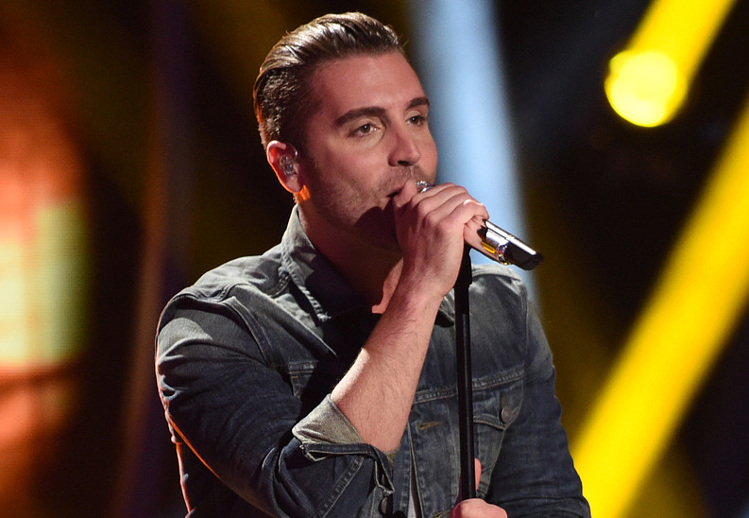 Honestly, I feel a little bad for Nick Fradiani. I know that sounds ridiculous considering he’s now living his dreams thanks to his American Idol win. But I think we can all agree that the announcement of Idol’s final season next year upstaged Fradiani’s win. Everyone is going to remember the last winner of American Idol, but who will remember the second-to-last winner?

I guess that all depends on Nick’s career after Idol. The 29-year-old singer has been extremely busy lately. Visiting radio stations across the country, working on new songs, and doing lengthy interviews with USA TODAY.

During the interview, Nick was asked if it’s still surreal for him to hear people introduce him as the latest American Idol winner…

It hasn’t really sunk in yet. I think it’ll probably take me months. It’s just been a blur. We’ve been really busy, and it’s been amazing.

And his busy schedule will continue this summer with the upcoming American Idol Live! tour. Two months of being on the road with the top 5 finalists from season 14…

The tour starts in the beginning of July, and then it goes on forever – we’re doing 37 dates. It’s with the top 5 [Idol finalists], and it’s exciting – I’m looking forward to getting back with those guys to maybe do some duets.

But when can fans expect his debut album? No one knows, not even the Season 14 champion. No release date has been set, and that’s because Nick doesn’t want to rush things. The only thing Nick cares about is putting out a quality album for his fans.

We don’t want to rush it, you know? We want to make sure we have the best songs, and whenever that happens, that’s when we’ll put it out.

Don’t wait too long! You have to hit them while you’re hot…or something like that. You’re supposed to hit something while being hot. Or drink something hot while hitting something that is also hot? I don’t know. I am confusing myself now.