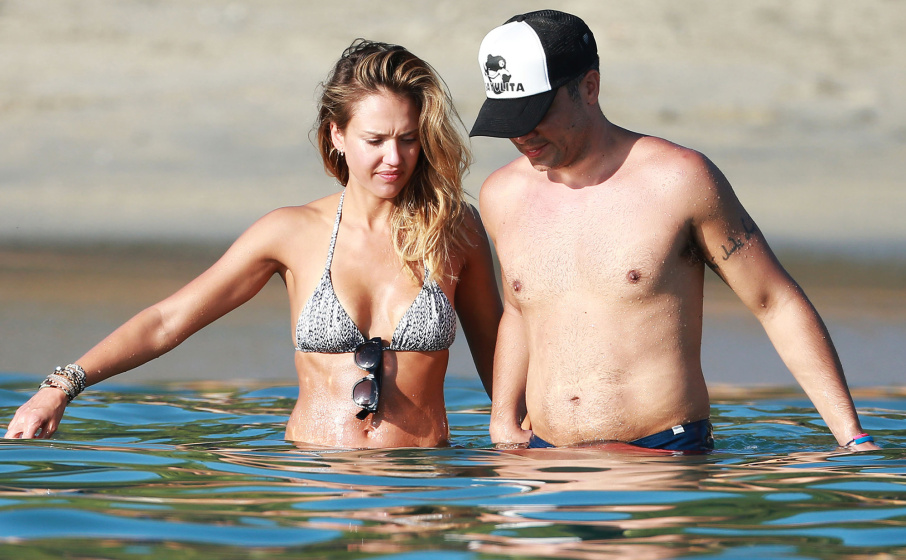 How many of you are currently in love with a celebrity? I have a feeling a lot of hands are going up right about now. And even if you’re already in love with someone else, there is a 100% chance you have a celebrity crush. I bet you even dream about meeting them one day. Falling in love, getting married, having kids, etc.

But that will never happen, right? Celebrities only go out with other celebrities! No famous person would ever start a serious relationship with one of their fans.

Well, that’s not entirely true. Believe it or not, there are some celebs out there who married their biggest fans. Check out the list below… It’s true, folks! McDreamy fell in love with the beautiful makeup artist, Jillian Fink. That’s actually how they met, and sources say back then there was a lot of flirting going on between them. They ended up falling in love and making things official back in 1999. Sadly, Fink filed for divorce earlier this year after 15 years of marriage! The news shocked Hollywood, but sources close to the couple claim they had been having trouble for years…

“It’s been a long time coming. They have lived separate lives for years. They are involved in the children’s lives but separately. Patrick and Jillian have had disagreements for a long time. Emotionally, for Jillian, something was missing.” Former waitress Alice Kim was apparently a huge fan of Nicolas Cage’s acting skills, and when she saw him walk inside the restaurant she was working at, she worked her magic skills and won his bee-hating heart. They fell in love quickly and married the same year they met in 2004. It appears marrying someone who wasn’t in the business was the right move for Cage.

After over 10 years, their marriage is still going strong. His two previous marriages to actress Patricia Arquette and Lisa Marie Presley didn’t even last 10 years combined! American Idol champ Ruben Studdard met one of his biggest fans, Surata McCants, at a CD signing inside a Walmart back in 2006. McCants voted for Ruben throughout the singing competition and was thrilled to meet him. He was obviously thrilled to meet her as well, because two years later they said “I do” during a private ceremony in Alabama.

But their happiness together didn’t last long. Late in 2011, Studdard’s attorney released a statement saying his client was in the process of a divorce. 60-year-old Kelsey Grammer has been through a number of failed relationships, but maybe he finally found something special with his 35-year-old wife, Kayte Walsh. There might be a significant age difference; however, it does appear that there is actually a connection between the two. Walsh was a British flight attendant before meeting the actor. One day, she decided to “be bold” and let Grammer know how she truly feels about him.

They married each other just two weeks after his divorce with Camille Donatacci was finalized. While filming the 2003 comedy ‘Stuck On You‘ in Miami, Matt Damon fell in love with a bartender named Luciana Bozan Barroso. She was a big fan of his, and he was obviously an even bigger fan of her. After dating for a couple of years, they got engaged in September of 2005, and married just a few months later in December. They have four daughters together.

When he was asked how he keeps the romance alive with his wife, Damon explained the two week rule.

“We have a two week rule. I’m not away for more than two weeks. I think you need to be with the person you love as much as possible. My wife is my soul mate. I don’t like being apart from her.” Daniel Moder is the luckiest cameraman in the world. He met Julia Roberts in 2000 on the set of The Mexican. Moder was married at the time, but he obviously wasn’t happily married. Moder filed for divorce just one year later, and after it was finalized, he and Roberts made their relationship public.

They have been married since 2002 and have three children together. Jessica Alba has a lot of fans (if you know what I mean), but only one fan managed to steal her heart. Production assistant Cash Warren met Alba on the set of the 2004 film, Fantastic Four. Amazingly, Mr. Warren had the courage to ask Alba on a date, and just a few years later they promised to stay together until one of them dies. They have two daughters together.

Last year, the actress talked about her marriage in an interview with parade.com

“Yeah, we’ve been married for six years. You know, I think we have an incredible amount of respect for each other and we value each other’s opinion and time, and I feel like we’re in it together, we’re not petty with each other, and we communicate a lot.”