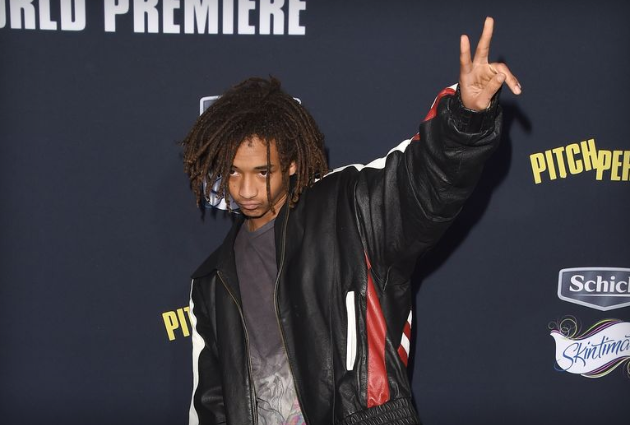 Jaden Smith Lands New Job, Find Out Which Netflix Series He Will Be Joining!

No, Jaden Smith will not be making a special appearance on Orange Is the New Black, but the 16-year-old actor/rapper/Twitter thinker has joined the Netflix family. According to E! News, Smith has officially joined the cast of Baz Luhrmann’s new series The Get Down.

It’s being described as a “music-driven drama” and will take place in the ’70s. Smith will play the role of Marcus “Dizzee” Kipling. A “psychedelically talented and enigmatic graffiti writer raised in South Bronx.”

Mr. Luhrmann has been incredibly pleased with Jaden’s work ethic so far…

We as an audience have known Jaden since he was very young. Recently, Jaden has been seeking diverse and challenging roles and this is a testament to his passion to grow in the craft. In the short time he has joined our acting family, he has begun developing his The Get Down skill set, even taking lessons from the legendary graffiti artist Lady Pink of ‘Wild Style’ fame, as well as steeping himself in the history and culture of the Bronx.

So, who else will be starring in this series? You have Paper Towns star Justice Smith playing the role of Ezekiel, Dope star Shameik Moore playing the role of Shaolin Fantastic, and Sons of Anarchy star Jimmy Smits playing Francisco “Papa Fuerte” Cruz.

They obviously have some talented actors working on the show. The 13-episode series is scheduled to be released on Netflix sometime in 2016.

You can watch the teaser trailer below…