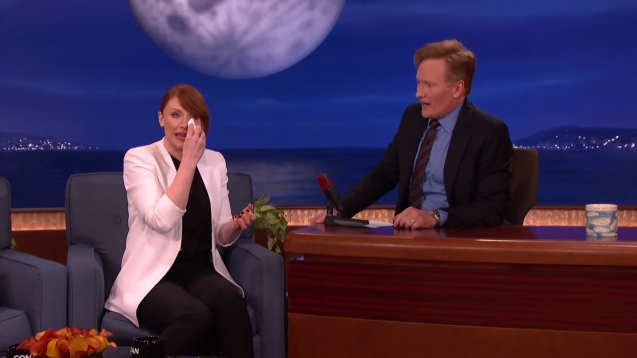 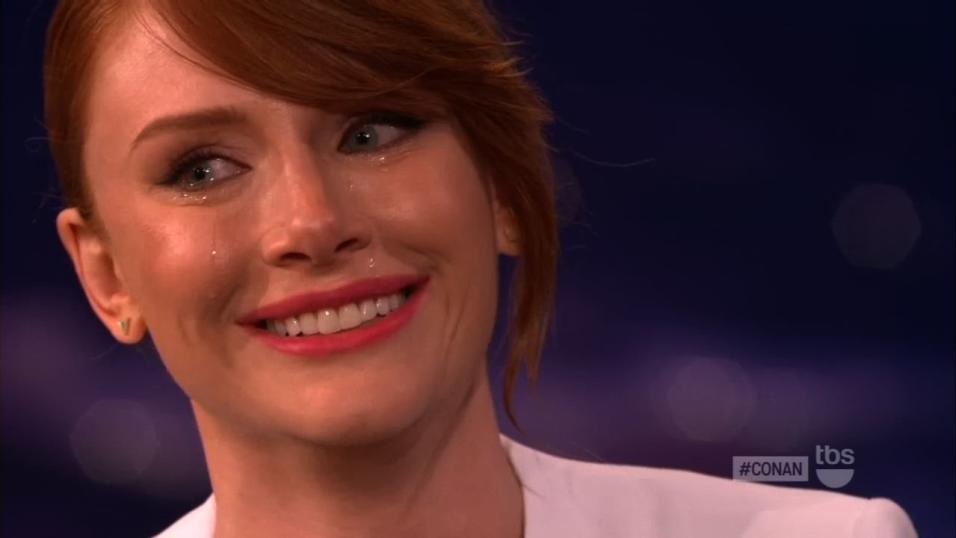 Before discussing the hilarious (and slightly arousing?) video below, let me just tell you that you should all go see Jurassic World. And you should only see it in IMAX. I went to one of the early showings last night, and I am currently running on basically zero sleep because it’s so hard to come down after watching the movie.

It was incredible, and this is coming from a guy who is annoyed with all the unnecessary sequels and reboots.  I enjoy a great story, clever dialogue, and all the other things no one gives a f–k about anymore. And I am not going to lie and say Jurassic World had all those things. It didn’t, but it was still one of the best movie-watching experiences I have ever had. You must watch this movie, and you must pay the extra money to watch it in IMAX theaters.

Anyway, let’s get to this video showing one of the stars from the movie, Bryce Dallas Howard. You will probably fall in love with her while watching the movie, and that love will only grow when you watch the hilarious video below. While talking with the great Conan O’Brien, the actress showed off her crying on command skills.

I can’t be the only one turned on by this, right? All the little “yeahs” she was spittin’ out had me thinking this video was going in a different direction.