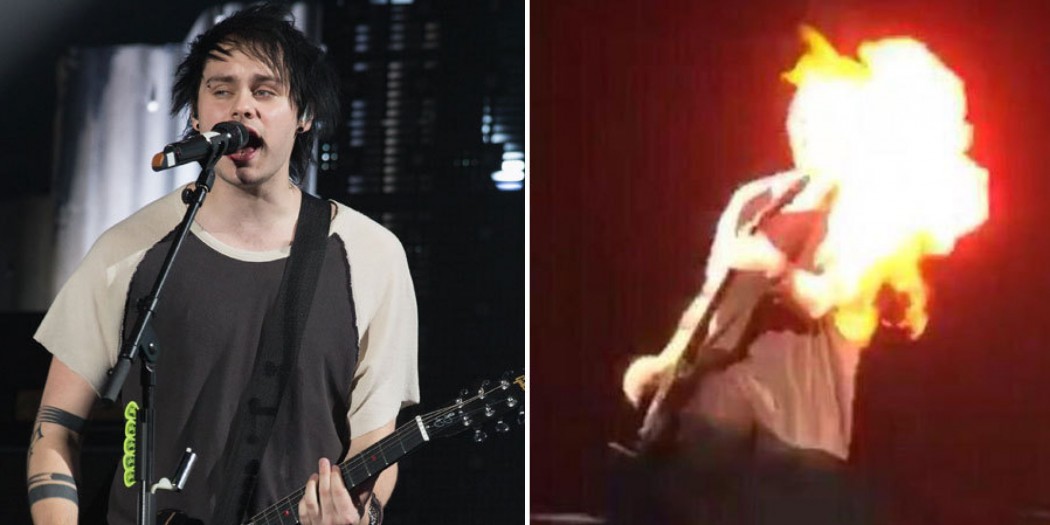 5 Seconds of Summer turned into 5 seconds of fire during a concert at London’s Wembley Arena on Saturday night. The band’s guitarist, Michael Clifford, was performing on stage with the band. Everything was going according to plan, fans were screaming, singing and taking video with their fancy smartphones.

But then something terrifying happened. The 19-year-old musician was walking across the stage when shooting flames started to light up the stage. And as you can see in the video below, Clifford got a little too close to one of those flames. It hit his face and set his beautiful, rockstar-ish hair on fire.

After watching the video above, you might be thinking, “HOLY SH-T! THAT LOOKS SERIOUS! WHY ARE YOU MAKING JOKES ABOUT THIS?”

Well, just relax and let us explain. The dude is feeling “loads better” and he didn’t melt his face off or anything. Yesterday, he tweeted out the following message to his fans, “Feeling loads better and my face is fine 🙂 excited for the show tonight. There’s been a lot of love spread around lately, thank you all so much 🙂 All of us boys appreciate everything you do!.” You see that? He’s fine, which means it’s totally okay to make jokes about the situation.

But really, for a few seconds (maybe even five) Clifford’s bandmates were really concerned for him. They stopped the show and went backstage to check on their injured friend.