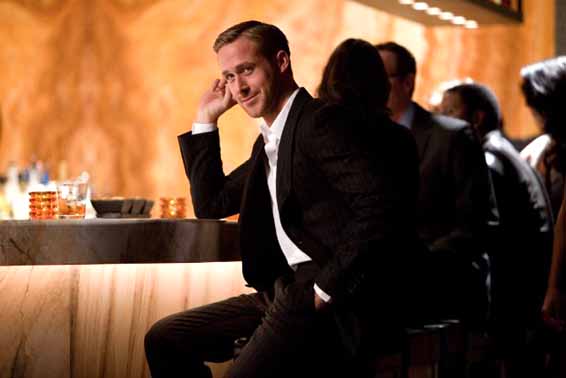 How To Get The Girl: 8 Things Men Could Learn From The Great Ryan Gosling

Ryan Gosling is now a father and he’s in a serious relationship with the gorgeous and incredibly sweet Eva Mendes. He’s no longer trying to “get the girl,” because he already has the girl of his dreams.

No, no, no! We know how to eat cereal. We need to know how to make every woman in the world love us. Unfortunately, we don’t have Ryan’s phone number, so we’re just going to assume the magic is in these 8 important steps…

As you can see, Ryan learned how to dance early in life. It’s an important skill to have. There are a lot of girls out there who love to dance, and they want a partner who won’t be afraid to dance with them. You don’t have to be the best dancer in the world, but at least make an effort. Don’t be “too cool” to dance.

Bonus points if you learn all the dance moves in the video above and try them out next time you hit the club. You will be a hero. Maybe. Probably. It could happen.

No. 7 – Always be yourself, even around douchey people

Is this reporter a douchebag? I don’t know. I don’t know the guy. He could be the nicest dude in the world. Maybe every guy looks like a douchebag when standing next to Ryan Gosling.

The point is, a lot of people online believe this reporter was acting like a huge jerk. But Mr. Gosling played it cool the entire time, and he came out smelling like Emily Blunt’s hair. And just to be clear, I have no idea what her hair smells like, but I think it’s safe to assume it is delicious.

You have to put yourself out there. I know talking to strangers can be terrifying, but it’s actually not that bad once you develop the skills to do it properly. Just remember the #7 tip above. Be yourself.

But don’t just walk up to people and start whispering sh-t in their ear. That’s something only Ryan Gosling can do.

Some ladies want to make sure you are good with kids. They might want to marry you one day, you know? You have to prove you are capable of being a father. I bet you anything that Eva Mendes was on the fence with Ryan, probably thinking, “He looks nice, but would he be a great father?”

And then she heard about his Girl Scout cookies story and knew he was the one.

You have to be charming. Ryan Gosling is one charming dude, and this interview he had with Ellen several years ago proves it. Sadly, this video cuts out before they start dancing together. You can click here to check out GIFs of the sweet moment.

I know Ellen isn’t attracted to men, but Ryan Gosling is more than a man. He’s a God. And who doesn’t want to have sex with a God?

You gots to be funny. You hear women say all the time, “I just want a man who can make me laugh.” And most of the time dudes will be like, “Pfft…that’s bullsh-t! I AM FUNNY AND NO ONE WANTS ME!”

You’re probably not that funny.

Ryan Gosling wasn’t always Ryan Godling. You can see that he wasn’t quite as smooth when he was 18-years-old. Don’t get me wrong, I am sure he had no problem finding a girlfriend. However, he was just a little too quick with the approach at the 1:00 mark.

Slow it down. Ryan Gosling did, and now he gets to come home every night to Eva Mendes.

I didn’t want to put this on the list, but we can’t ignore the truth. The good news is that people are attracted to different things, and not every girl is going to turn you down just because your body looks like a potato compared to Ryan’s body. However, it’s still important to take care of yourself.

Shower, comb your hair, put on a nice shirt, be active, and try to eat healthy. Clean yourself up down there.