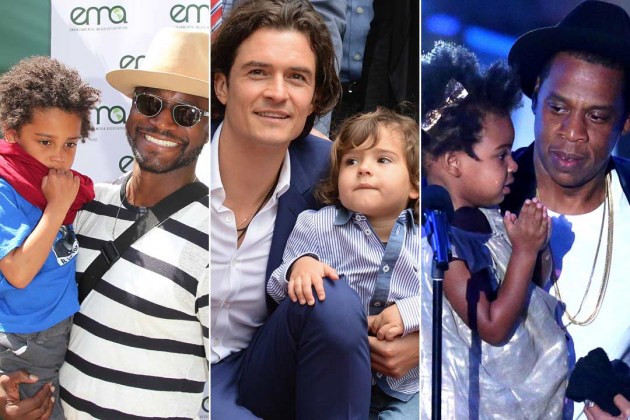 Father’s Day is the fat, frumpy friend of Mother’s Day.  It’s the 2nd class citizen of parental holidays and rightly so.  We did not have to squeeze and eight pounder out of our “Hoo-Ha”.  We also didn’t have to walk around with said eight pounder sucking on all parts of us while we are squirting inappropriate fluids every where.  I gladly accept the tradeoff.  Now that the coolest of the cool have joined fatherhood, it’s gone from geek to chic.  First we had Jay-Z and Kanye joining the club and now Chris Brown has received his membership card into fatherhood.  Being a good dad has always had that under-stated man-cool; like pocket combs, knowing how to cook and being able to quote lines from great literature.  Cool dad’s never talked about it, they just handled their business because they knew that unless you are part of the club, you just wouldn’t understand.  It was a Big Daddy Thing.

Now being a good dad has hit the mainstream.  To make things official, Yeezus went on record and told all of main stream America that it’s “Super Cool”.  Kanye said

To celebrate Fatherhood, we found these three videos on youtube that are not only entertaining but provide a pretty accurate depiction on what being a real father (without the nanny’s, maids and mansions) is really like.  Enjoy and share with your favorite dad.