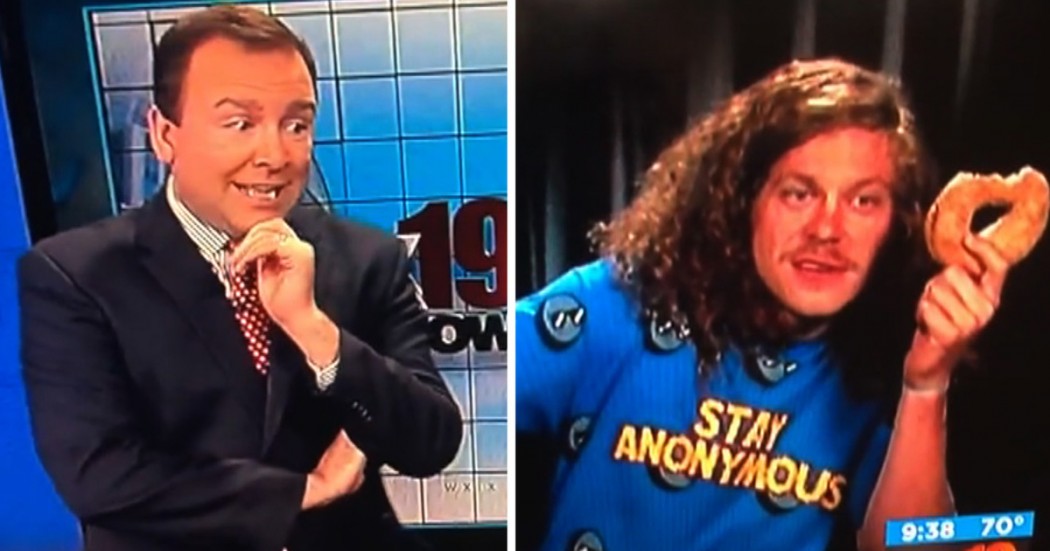 Blake Anderson was asked to come on FOX 19’s News Morning Xtra to promote his new movie Dope, but sadly the only thing he really promoted was bagels and getting the correct amount of sleep every night.

You can see in the hilarious video below, the interview gets off to a strange start when Anderson pops up on camera eating a bagel. The reporter, Frank Marzullo assumed it was a doughnut, but Anderson was quick to correct him, “This is a bagel. I’m responsible. No more doughnuts in my life.”

Marzullo blew the actor’s mind when he told him that some doughnuts are actually healthier than bagels. After learning this important information, Anderson couldn’t seem to focus on the rest of the interview. The reporter tried asking him some questions about the movie, but Anderson just started complaining about waking up so early.

And then Marzullo was forced to end the interview after Anderson dropped an F-bomb.

That’s a shame. This ‘Dope‘ film looks really good. Hopefully people watching the morning show didn’t get the wrong impression. By the way, the movie hit theaters today, so you should go check it out.

It will be better than the interview. I promise.