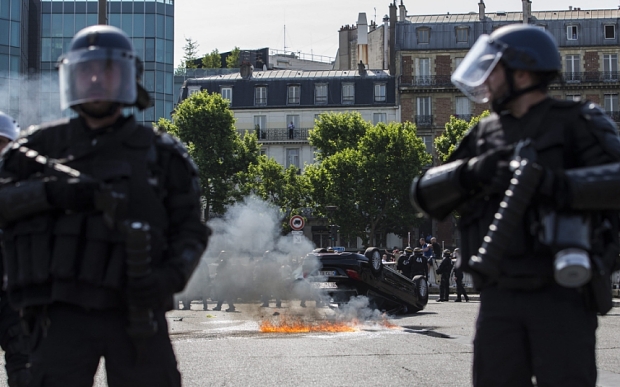 Attacked And Held Hostage: Taxi Drivers In Paris Have No Love For Courtney Love!

They feel threatened and desperate, which is a terrible combination, as you can see by the scary photos below. Courtney Love was caught right in the middle of this battle in Paris on Thursday. She was attacked by what she described as a “mob of taxi drivers.” According to Love, the taxi drivers held the Uber driver hostage and smashed the car with metal bats.

“They’ve ambushed our car and are holding our driver hostage. they’re beating the cars with metal bats. this is France?? I’m safer in Baghdad.” The singer/actress tweeted out. 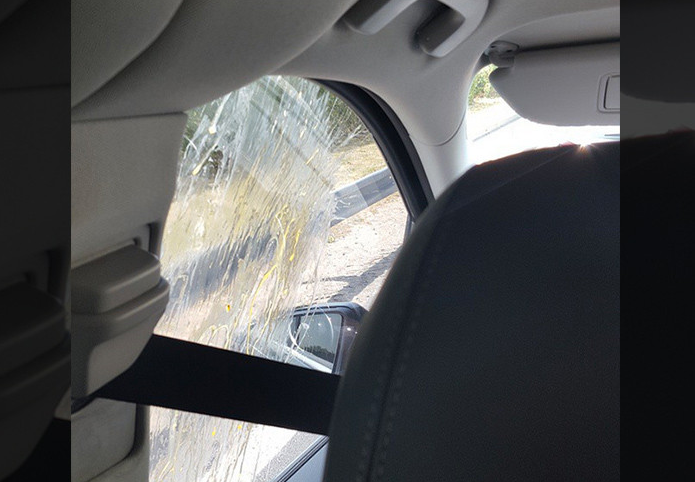 After realizing the police weren’t going to help her, “Where are the f–king police??? is it legal for your people to attack visitors? Get your ass to the airport. Wtf???” Love decided to pay two guys on motorcycles to sneak her out of the madness. 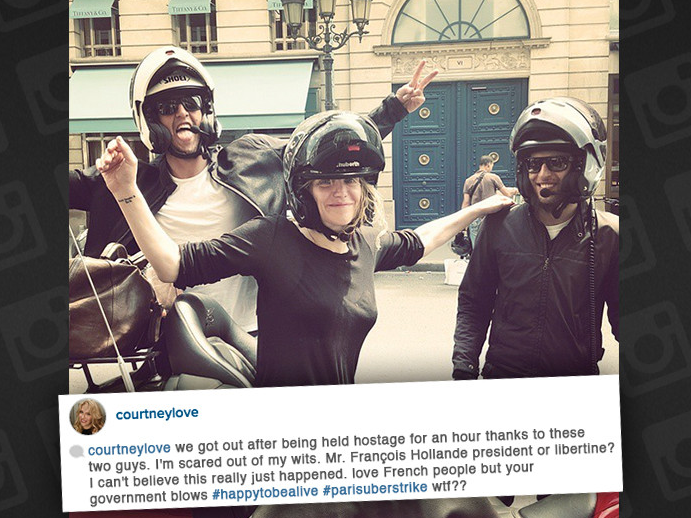 One more thing. Kanye West landed in Paris just after Love did, and she sent out a tweet warning him not to leave the airport. We are not sure if he received her message; however, you know he wouldn’t have put up with this sh-t.

There would have been some injured taxi drivers in Paris if they tried this with Kanye in the car. #kanyedontplay