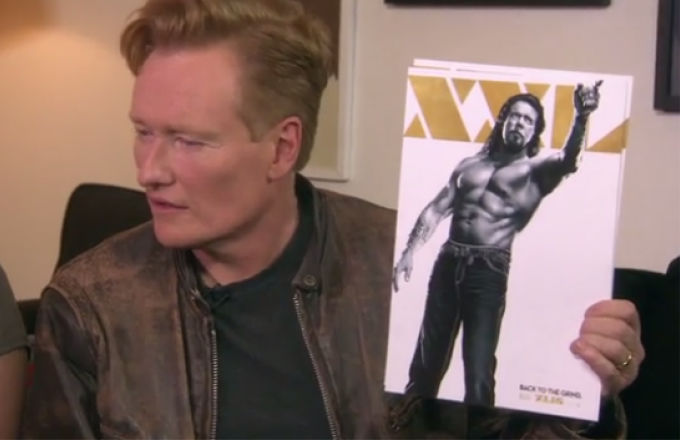 Now that Craig Ferguson has left the small town of Late Night, Conan O’Brien is easily my favorite late night host still standing. He can make anyone laugh at any moment. It doesn’t matter how long you have known him, or even worked with him. You constantly see him cracking up his employees, and they’re not laughing to keep their job, they’re laughing because they work for one of the funniest people in the world.

And we all know where Conan can truly show off his skills. It’s during the famous Conan remotes. When he doesn’t have to follow a script. The only thing guiding the 52-year-old comedian is his brilliant mind.

Just yesterday, Team Coco released the hilarious video you see below. In the video, Conan invites himself to the midnight showing of Magic Mike XXL. At first, the ladies from the office aren’t really sure why he’s there, but I really think everyone bonded in the limo during the informative talk about penis size.

I would love to do anything with Conan. It doesn’t even have to be something fun. We could walk the park picking up dog poop with chopsticks. It doesn’t matter. He would still find a way to make me laugh.