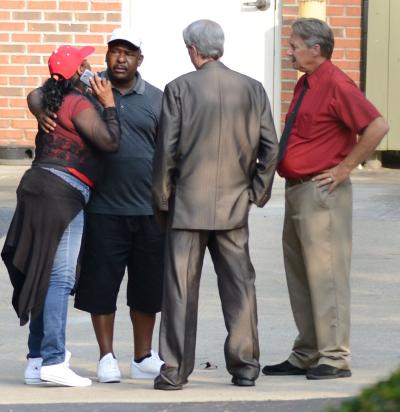 In a family-wide ban, Bobby Brown’s family will no longer be able to visit Bobbi Kristina in hospice care at her Atlanta-based treatment center. It happened after the security guards there learned that a deathbed photo of Bobbi Kristina was taken by one of them and leaked to the press. In the photo, it’s reported that a female relative of Bobbi Kristina is seen standing next to her bed, though the person who took the photo is not identified.

Sources close to Whitney Houston’s family state they have evidence that one of the Brown clan snapped the pic and then tried to shop it out to press sites. So far, the pic has not been released, though the family indicates they know exactly who took it. The individual is reported to be an extended family member.

Of course Bobby Brown isn’t part of the ban, and he’s expressed his outrage over the situation, stating that he won’t rest until the person who did it is brought to justice. Aunt Leola Brown has even taken to Facebook, demanding that anyone who had access to Bobbi Kristina’s room take a lie detector test.