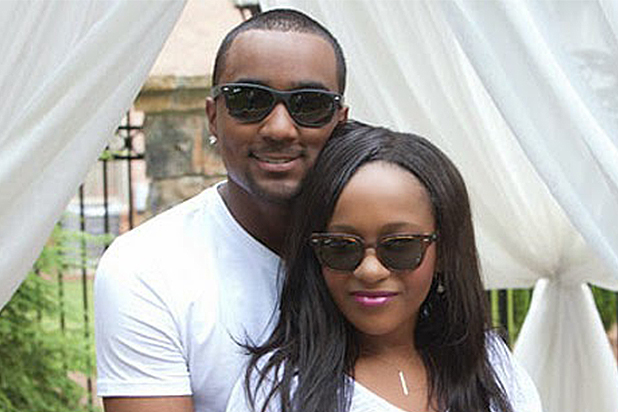 As it looks more and more like Bobbi Kristina will not be waking up, information is starting to be leaked to the media. A lot of these “so called” leaks are motivated by parties protecting themselves in advance for what might lead to be murder charges.

Last week we received a glimpse of text messages that Bobbi Kristina sent to her best friend just hours before she was found face down in the bath tub, this week we have details of a phone call in which Nick Gordon was recorded. In some states this would be illegal however Georgia is a 1-party state.  No, that doesn’t mean they are all Democrats, 1-Party refers to the recording of phone calls.  Federal law requires that at least one party on the call must be notified that the call is being recorded, some states require that all parties on the call must consent, however Georgia is not one of those and Nick was indeed being recorded.

While TMZ doesn’t reveal the entire call or the actual audio, which I’m sure is coming later, they revealed 3 statements from Nick

STATEMENT 1:
“I’ll tell you the honest truth, Krissy, she was under a lot of stress and we were all doing drugs and you know, all, all drinking, bro.”

STATEMENT 2:
“She just did too much man. She, listen, listen bro. I will officially stay from bath tubs forever, I’ll tell you that.”

STATEMENT 3:
When Krissy wakes up she’ll tell the truth to everybody. Everybody will feel stupid as f***… You know Krissy got in an accident 2 days before this happened and the man is in critical condition right now.”

Ok,..make that 4 statements. He also says that the Bobbi’s family is going to have a problem if they take her off life support,

If they take her off that life support, the police are going to have to take me down bro.

Although this really means nothing and we didn’t learn anything new, this might actually prove to be pivotal in the case filed against Bobby Kristina by by the man that she hit in the car accident just days before she was found.

At first I thought the car crash victim was just being a heartless idiot, but I didn’t have any idea of the extent of his injuries. The victim is 41 year old Russell Eckerman. He suffered from facial, spinal and skull fractures as a result of getting rear-ended from Bobbi Kristina. He has undergone several procedures including being induced into a coma to help his rehabilitation.  Like Gordon mentioned on the recording, Ecerman was in critical condition.

Eckeman is filing suit not only against Bobbie Kristina’s estate, he is also suing Ford Motor Company as he alleges that his restraint system also failed.  He says that his airbags and seat belt failed to protect him adequately.

As Eckerman sees all of these ungrateful, vicious, money grubbing people digging into what is left of Bobbi Kristina’s inheritance from Whitney Houston, he probably figured he better file suit so that there is some money left.  If it’s not going to go to who Whitney originally intended, it might as well go to him.  It was because of Bobbie Kristina’s alleged negligence that Eckermans’ life will never be the same.  In fact she could have even been driving under the influence.  I say, “Pay the Man”.

In case you missed one of our most viral posts…..