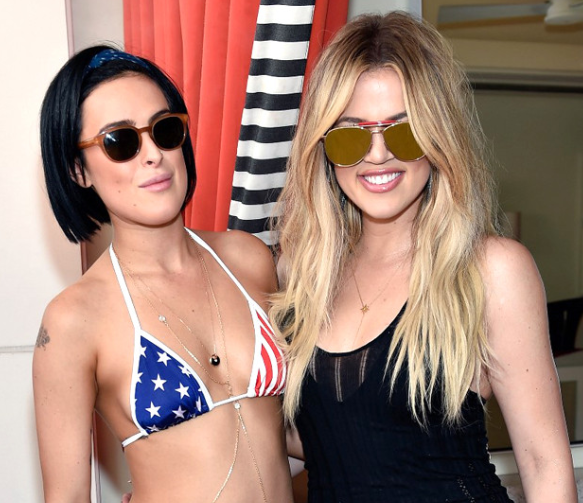 Khloe Kardashian Dating Another Basketball Player? Get All The Details Inside!

James Harden. The man with the epic beard was seen hanging out with Khloe in Vegas over the Fourth of July weekend. Reports say they spent all day together on Saturday. Hanging out at the Encore Beach Club in Wynn Las Vegas, “They were at the beach club yesterday snacking on chicken fingers and fries, salads and fruit.” One source told E! News.

Aw, snap. Chicken fingers and fries? You know it’s serious now. But really, there might actually be something going on between them, because like we said, they were with each other all freakin’ day. They went to dinner together, and sources inside the restaurant say they were snuggling and looking very much like a couple during the meal.

After dinner, they watched Chris Brown’s performance at Drai’s Nightclub. TMZ managed to get this innocent photo of the two stars hanging out side by side… We’ll see what happens. There must be something there. We do know Harden was one of the coaches for Kanye’s big birthday basketball game at the Staples Center. Maybe that’s where the romance started?

Or maybe they are just friends. One source played down the reports…

They were bouncing around to all their friends honestly. They sat next to each other and talked for a bit but they were more there to have fun it seemed!

What do you all think? And would you support a Harden/Kardashian romance?