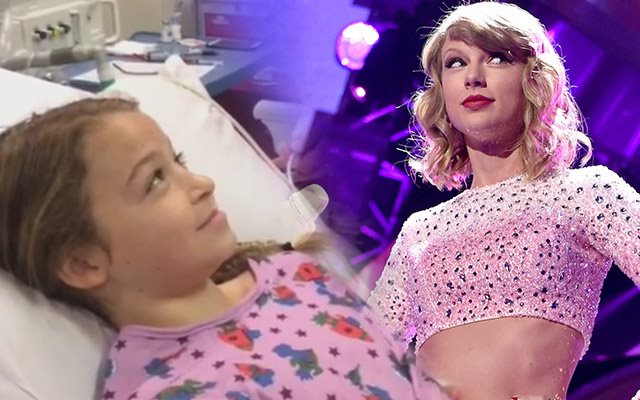 You can always count on Taylor Swift to put a smile on your face. She is doing the celebrity thing right by treating her fans like friends, and being generous with her money for those in need. 11-year-old Naomi Oakes is a HUGE Taylor Swift fan. She was even scheduled to attend her concert in Phoenix next month with her best friend.

But on June 25, the brave little girl received some terrible news. She was diagnosed with Acute Myelogenous Leukemia. Doctors told her she needs aggressive treatment, which means she won’t be able to leave the hospital for six to nine months. Her family decided to make an inspirational video telling Naomi’s story in hopes Swift might hear about it.

In the video you see below, they ask “Taylor Nation” to share the video on social media, and it looks like Taylor Nation listened.

Just two days after the video was posted on YouTube, T-Swift donated $50,000 to Naomi’s GoFundMe page. She also wrote a special message to Naomi…

To the beautiful and brave Naomi, I’m sorry you have to miss it, but there will always be more concerts. Let’s focus on getting you feeling better. I’m sending the biggest hugs to you and your family.

How did Naomi react to seeing the message for the first time? Well, we have the answer for you in the adorable reaction video below. Check it out. It will put a smile on your face.