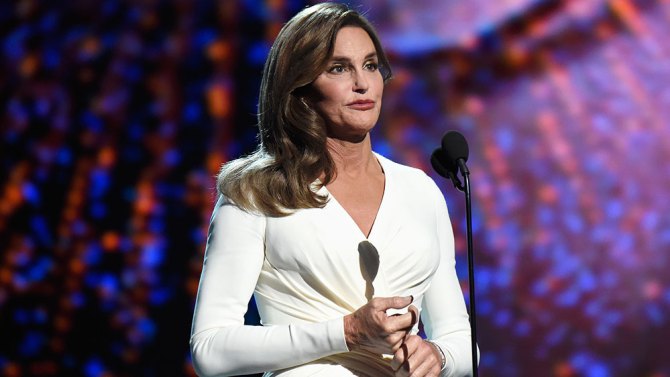 As expected, everything went as planned with Caitlyn Jenner’s 2015 ESPY Awards appearance. There were some people out there expecting (or maybe even hoping) for some drama, but the night really could not have been better for Caitlyn Jenner and her family.

And yes, Jenner’s family did show up for the huge event. As you can see from the Instagram photo below, all the important members of the family were there including Kendall, Kylie, Khloe, Kim and Kourtney. Caitlyn Jenner’s mother, 88-year-old Esther, was also there to support her child. During Caitlyn’s speech, she thanked her mother directly for giving her the courage to stand on that stage in front of all those professional athletes who probably don’t understand what she is going through…

And last but not least, my mother…I always thought that I got my courage and my determination from my dad who landed on Omaha beach and fought all the way through World War II. But you know, I’m realizing now mom, I think I got all of those qualities from you.

You can check out video of the speech at the bottom of this page. They actually spent a lot of time on Caitlyn, which makes sense because we all know she is the only reason people watched the show. It was a smart decision to get ratings, and you know what? Caitlyn made the most of it.

After watching a 10-15 minute intro all about her, Caitlyn turned the tables by focusing on the thousands of people who aren’t receiving as much support as she is.