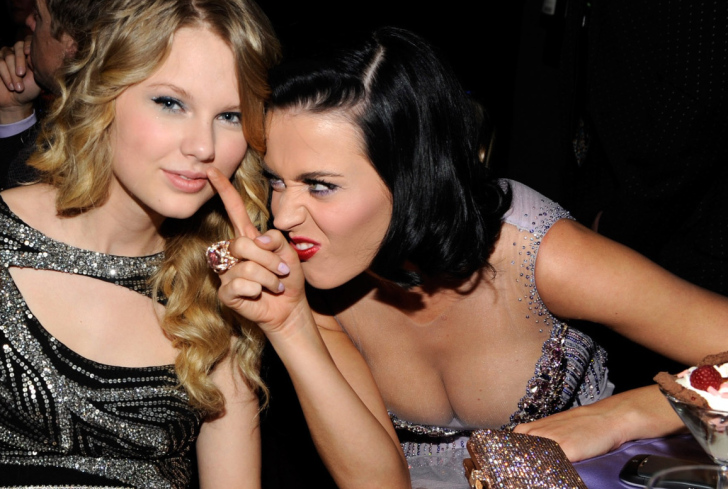 The great Twitter war of 2015 just won’t die. It’s really been incredible to see how many celebrities are jumping in on this action between Nicki Minaj and Taylor Swift. Most of the celebrities have only replied to the feud with jokes. For example, Bruno Mars and Ed Sheeran had a hilarious fake battle on Twitter. Of course, everyone seemed to be missing Nicki’s point. She wasn’t trying to slam Taylor Swift, she was trying to slam the racist media. You can read all about that here. But after Taylor Swift tried to make this about her, and after Nicki got slammed by the media for “attacking” T-Swift, she did appear to develop a little hate for the singer.

Why do we say this? Well, there are several reasons, but the biggest reason comes from this tweet by Katy Perry…

What does she mean by this? She’s basically calling Taylor Swift a hypocrite. Why? Because Swift’s incredibly popular song Bad Blood is reportedly about her ongoing feud with Perry. Swift has made lots of money off that song, so how can she act like she’s all innocent in this lady war?

Nicki Minaj actually favorited this tweet from Katy, which is pretty interesting. Taylor may have created a new enemy this week, and Nicki doesn’t seem like the type of person you want to piss off. Swift better watch her back.