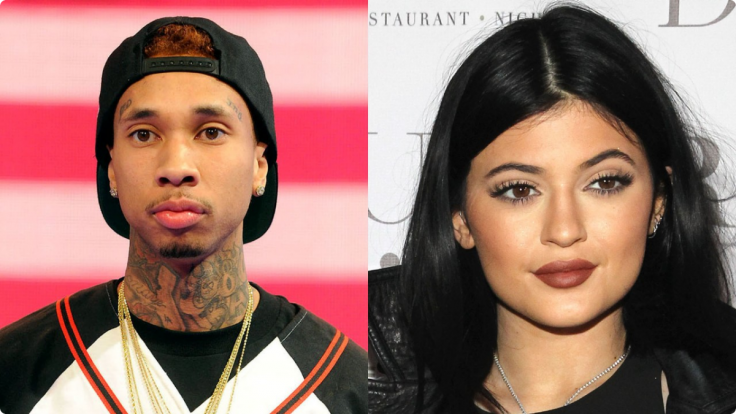 Even though Kylie Jenner is only 17-years-old, she is clearly more responsible and prepared for adult life than her 25-year-old boyfriend, Tyga. The rapper is being sued AGAIN for not paying his rent. According to the reports, he’s behind $50k in rent, and you’re probably thinking, “Damn! How many months did he miss?”

Two. He’s only behind two months. For some reason, Tyga thought it was a good idea to pay $25k in rent every month for the Calabasas home. Understandably, the landlord has decided to sue the rapper. If Tyga doesn’t hand over the cash by Saturday, the landlord plans to hit him hard with eviction and a daily charge of $833.33 in rent.

This is now the second time this year Tyga has had trouble with paying rent. Just last month, he was ordered to pay $80,000 in back rent to another landlord in Calabasas. In that case, the rapper technically owed over $120k, but the landlord agreed on a smaller settlement. The house featured a private movie theater, a basketball court and a spa.

We will see if he’s able to reach a similar deal in this most recent case. Maybe Kylie Jenner will help him out. That would be a little embarrassing, right? Having to borrow money from your 17-year-old girlfriend?

I don’t understand why someone would pay $25k in rent every month. Why would you just throw your money away like that? It’s so infuriating, and completely unnecessary. You don’t need a freaking private movie theater. A basketball court? Go to the gym like a normal person. Who are you trying to impress? Save your money, man. It’s not going to last forever.

We’ll keep you posted. We are sure he will reach a deal with the landlord before this weekend.