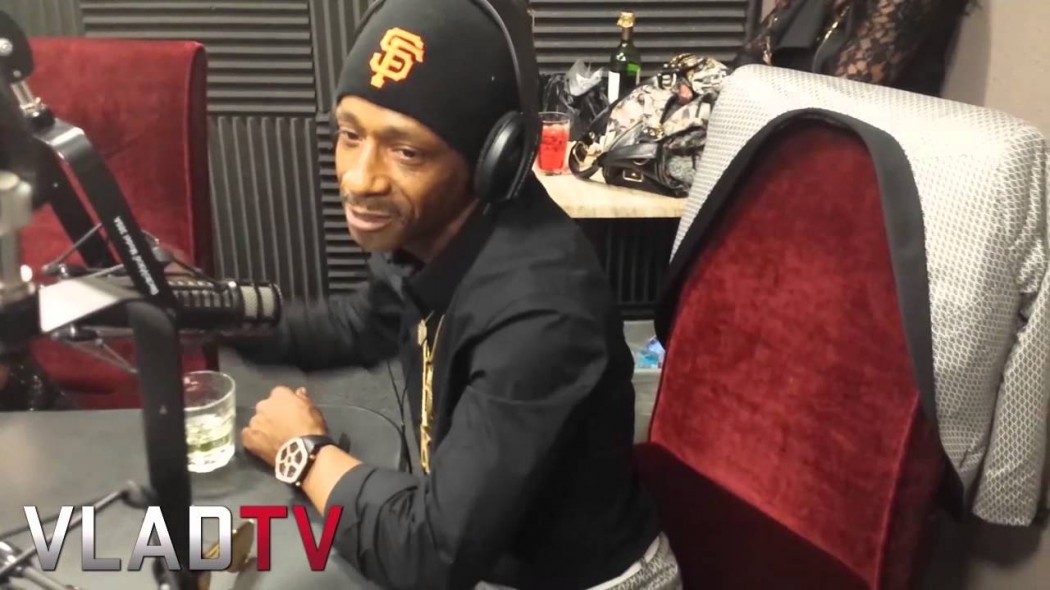 We all know Katt Williams is a little strange. He’s been arrested several times, most recently for theft of a camera from a female photographer. He’s also been arrested on charges of suspicion of assault with a deadly weapon, in 2012 he was arrested on a felony warrant, in 2010 he was arrested and charged with burglary and criminal trespass. We mention all this because we are not sure if we can trust anything that comes out of his mouth.

The strange interview you see below, which was first uploaded to YouTube a year ago, is going viral once again. In the video, Williams goes off on this weird tangent about how some secret people in Hollywood ruined Dave Chappelle’s career.

Dave Chappelle was decapitated in front of us. They called him Pilot Boy because he had 19 pilots in Hollywood and everybody passed on him and said his show wasn’t worth it. Then when he made $500 million, even though his contract said he should get half of it, they said he made too much for the contract to be valid.

He then explained how executives offered him just $50 million, which is only 10% of what he actually made. When Dave pointed out how he was being underpaid, the executives turned on him in a big way and ruined his career in just hours. This all according to Mr. Williams.

Check it out below. The good stuff starts at the 3:00 mark.

Interesting, right? And honestly, it doesn’t sound too crazy. It only sounds crazy coming from Katt because we expect crazy sh-t to fly out of his mouth.

During Dave’s beautiful interview on Inside the Actors Studio, he seemed to hint at what Katt was trying to say. Check out the video below. The comments in question come in at around the 42:00 mark. But when you have the time, we suggest you watch the entire thing. It’s good stuff.